Knobbe Martens, one of the leading intellectual property law firms in the United States, is pleased to announce that its longstanding client, Masimo Corp., has entered a multi-year business partnership that ends its longstanding litigation with Philips Electronics North America Corporation and Philips Medizin Systeme Böblingen GmbH (“Philips”).

In 2015, the Delaware federal court upheld a $467 million jury verdict for Masimo Corp. against Philips for Philips’ infringement of two Masimo patents. That verdict was the largest IP verdict in the US in 2014.

As part of the agreement, the parties have resolved all outstanding litigation and Philips has agreed to pay a lump sum of $300 million to Masimo. The Parties have also agreed to a business relationship involving availability of Masimo technology in Philips products.

The parties were scheduled to go to trial before a jury on Masimo’s additional patent claims in early January 2017. Last week, the Delaware court denied Philips’ summary judgment motions and determined that sufficient evidence required that all of Masimo’s claims be presented to the jury.

Knobbe Martens Partner Joseph Re, litigation counsel for Masimo, stated, “This is a great day for Masimo. Our firm has been honored to represent Masimo from its earliest days, helping Masimo protect and expand the use of its revolutionary pulse oximetry technology to the benefit of patients worldwide.”

Most of the Knobbe attorneys who represented Masimo in the Philips matter have been representing Masimo for more than 15 years. In 2004, those lawyers won a $134 million verdict for Masimo against its primary competitor.  In 2007, Masimo went public and today is a global leader in innovative noninvasive monitoring technologies.

With over 300 lawyers and scientists nationwide, Knobbe Martens Olson & Bear LLP dedicates its practice to all aspects of intellectual property law, including litigation in courts nationwide and post-grant review proceedings before the United States Patent and Trademark Office. Consistently ranked among the top intellectual property firms worldwide, Knobbe Martens serves a diverse group of clients from multinational corporations to emerging businesses of all stages. Headquartered in Orange County, California, Knobbe Martens also has offices in San Diego, Los Angeles, San Francisco, Silicon Valley, Seattle and Washington, D.C.  More information about the firm can be found at www.knobbe.com. 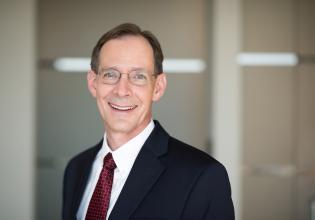 Steve Jensen
A highly regarded and accomplished leader with a record of un-paralleled success in developing and executing the strategic vision of technology companies... 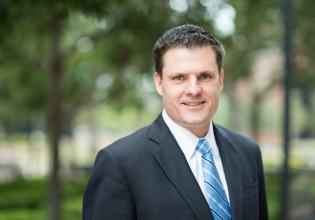 Perry Oldham
Perry D. Oldham is a partner in our Orange County office. Mr. Oldham represents clients in all types of intellectual-property disputes, including those...