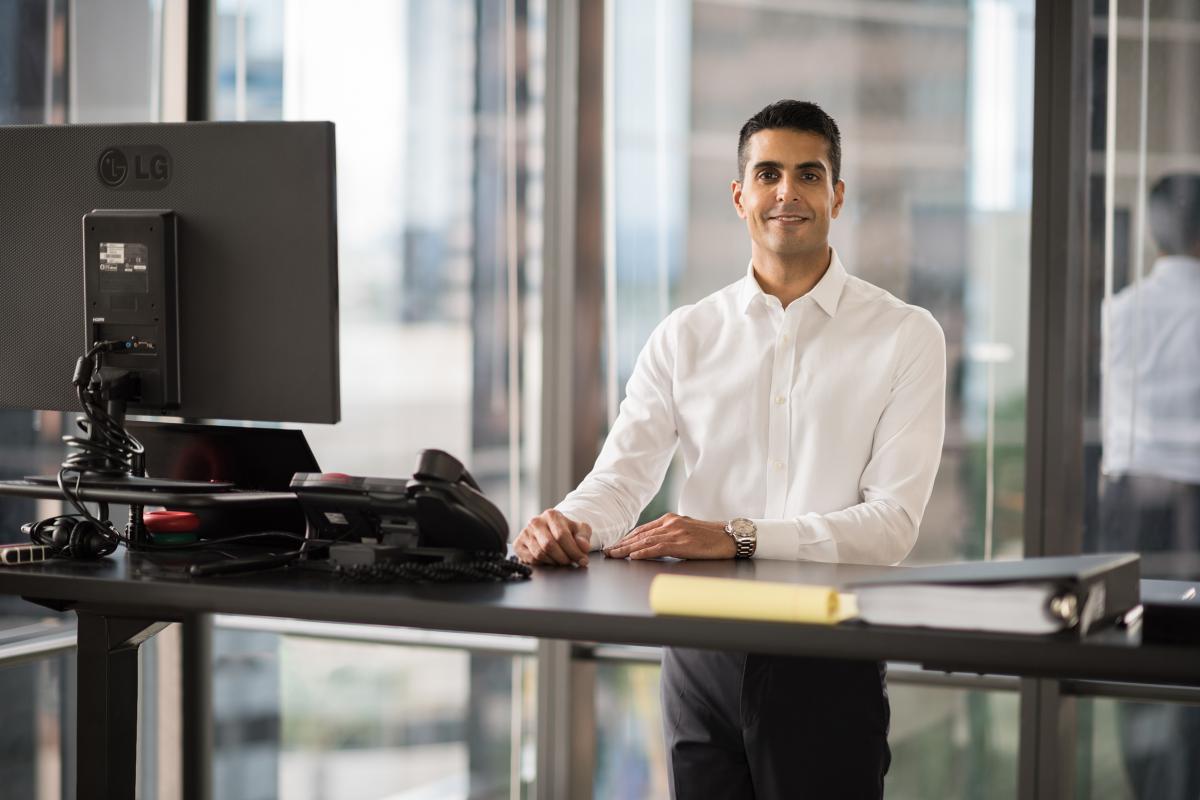 Irfan Lateef brings a wide range of experiences to helping clients achieve their goals. He works tirelessly to provide the right result in litigation, negotiation, risk management, tactical brand development, technology-focused initiatives and strategic IP mobilization. Being personally committed to the clients he serves is Irfan’s personality – and he keeps fighting to the end to ensure they are satisfied.

With a focus on patent litigation and dispute resolution, Irfan provides strategic vision from his extensive courtroom, patent portfolio development, regulatory, and business experience across many industry sectors. When defending his clients’ interests across the U.S. and abroad, Irfan has obtained significant awards for plaintiffs and consistently succeeded at all levels of litigation, including early settlement, motions for summary judgment, jury verdicts, and on appeal. Notably, Irfan represented and navigated medical device maker Masimo to a complete victory and jury verdict of over $466 million against Philips for infringing two Masimo patents. The jury also rejected Philips’s infringement claims seeking $169 million.

With nearly two decades of experience, Irfan has assisted clients in a wide range of technically complex industries to develop robust and valuable portfolios. Because of his extensive industry knowledge, whether electronics, medical devices, augmented reality, or AI, he is able to rapidly learn new areas of technology and quickly apply this knowledge to developing meaningful protection. Irfan’s practical business experience has ranged from initial product design, to IP rights tactics and monetization objectives, to ongoing development and market penetration initiatives. He is well-versed in the challenges his clients face and the questions that must be addressed and answered when it comes to problem-solving and to providing legal solutions that actually fit their business and financial objectives.

Passionate about his clients, their innovation and distinctive goals, Irfan is careful, considerate and helpful by nature, and strives to provide value far beyond legal counsel by focusing on the development of productive relationships across his practice. Ranked among the premier IP litigators in Super Lawyers magazine and in the "World's Leading Patent Professionals" for the Patent 1000 guide by Intellectual Asset Management (IAM) magazine, Irfan has also been listed in the “Legal 500.” Moreover, he is included among the Daily Journal’s “100 leading IP attorneys in California” for his extraordinary representation of Toshiba Corp.

Irfan has received multiple awards for his legal accomplishments:

“The U.S. Supreme Court on Copyright Registration Requirement for Commencing an Infringement Suit,” Journal of the Japanese Group of the International Association for the Protection of Intellectual Property (AIPPI), Vol. 64 No. 11 (November 2019) (in Japanese)

"Issue-Preclusive Effect of Agency Decisions in the Patent Context," The Daily Journal (June 2019)

"Lower Standards for Proving Induced Infringement and Other Favorable Rulings for Patent Holders - Sanofi v. Watson Labs. Inc. CAFC Case -," Journal of the Japanese Group of the International Association for the Protection of Intellectual Property (AIPPI), Vol. 63 No. 7 (July 2018)

"The U.S. Supreme Court on Induced Infringement and Its Impact on Patent Strategy," Journal of the Japanese Group of the International Association for the Protection of Intellectual Property (AIPPI), Vol. 61 No. 2 (February 2016)

"The Impact of Alice on Patent Eligible Subject Matter - With a Focus on U.S. District Courts' and Federal Circuit's Decisions relating to Business Methods and Computer Software-Related Inventions on Decisions," Journal of the Japanese Group of the International Association for the Protection of Intellectual Property (AIPPI), Vol. 60 No. 11 (November 2015)

"Be careful what you write: attorney-client privilege for international businesses," International Litigation News, Newsletter of the International Bar Association Legal Practice Division (May 2012)

Co-authored brief for the AIPLA as amicus curiae in Microsoft Corp. v. AT&T Corp. before the Supreme Court of the United States (2007)

Lecturer on “Patent Enforcement” for the “Understanding Intellectual Property Law for the High Technology Industry” course offered by University of California at Irvine.