Before Prost, Bryson, and Reyna.  Appeal from the United States District Court for the District of Maryland.

Summary: The Federal Circuit applied collateral estoppel and thus avoided deciding whether a party with a large patent portfolio that allegedly threatened serial litigation to obtain licensing fees may have violated antitrust laws.

Intellectual Ventures I LLC and Intellectual Ventures II LLC (collectively, “IV”) sued Capital One Financial Corp. and two affiliates (collectively, “Capital One”) for patent infringement in the District of Maryland.  IV had previously sued Capital One for patent infringement in the Eastern District of Virginia.  In both cases, Capital One filed antitrust counterclaims alleging anticompetitive conduct involving IV’s portfolio of approximately 3,500 patents that relate to commercial banking practices.  Capital One argued that IV required banks to license its entire portfolio irrespective of whether the patents in the portfolio were valid and infringed by threatening the banks with serial patent infringement suits if they did not take a license.

The Virginia court dismissed the antitrust counterclaims, concluding that Capital One had not alleged recognized indicia of a relevant market.  The court further found that even if the proposed market was appropriate, Capital One failed to allege facts showing that IV wields unlawful monopoly power within that market.  Capital One appealed the Virginia court’s decision on its antitrust counterclaims, but dismissed the appeal before it was decided.

Capital One appealed the Maryland court’s grant of summary judgment, arguing that collateral estoppel should not apply because the Virginia court’s decision was based on two independent and alternative grounds.  The Federal Circuit found that the two grounds were not independent and alternative, but were integrally related because the presence of a relevant antitrust market is critical both to whether a relevant market has been identified and whether the defendant possesses monopoly power in that market.  Applying Fourth Circuit law, the Federal Circuit further found that even if the two grounds were independent and alternative, the district court was still correct in applying collateral estoppel under the circumstances in the Maryland case.  Thus, the Federal Circuit affirmed. 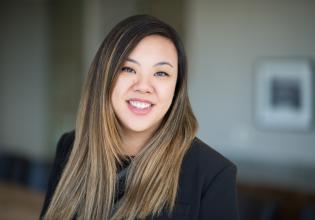