In BSG Tech LLC v. BuySeasons, Inc., the Federal Circuit held that a patent claim is ineligible under § 101 when its only allegedly unconventional feature is an abstract idea.[1]  The Federal Circuit affirmed the judgment of the U.S. District Court for the Eastern District of Texas that the claims are ineligible because they claim nothing more than the abstract idea of considering historical usage information while inputting data.[2]

1. A method of indexing and retrieving data being posted by a plurality of users to a wide area network, comprising:

providing the users with a mechanism for posting the data as parametized items;

providing the users with summary comparison usage information corresponding to the previously used parameters and values for use in posting the data; and

providing subsequent users with the listings of previously used parameters and values, and corresponding summary comparison usage information for use in searching the network for an item of nterest.

In affirming the district court’s determination of ineligibility, Federal Circuit evaluated the claims under both steps in the Alice framework.  In Alice step one, the patent owner argued that the claims require a specific database structure, that they require consideration of a specific type of usage information, and that they recite an improvement in database functionality. The Federal Circuit found that reciting database structure that is “slightly more detailed” than a generic database does not save the claims at step one.[3] The court also pointed out that specifying a type of information is insufficient since claims are not eligible by applying an abstract idea “in a narrow way.”[4] Finally, the Federal Circuit found that the patents do not claim a novel database structure, but merely “guid[e] database users by presenting summary comparison information to users before they input data.”[5] Thus, the case is different from DDR Holdings because the claimed invention is not “necessarily rooted in computer technology in order to overcome a problem specifically arising in the realm of” wide access databases.

In Alice step two, the patent owner argued that the claims were eligible because they include the allegedly unconventional “requirement that users are guided by summary comparison usage information or relative historical usage information.”  But the Federal Circuit found that this alleged unconventional feature “simply restates what we have already determined is an abstract idea.”  The Federal Circuit explained that the alleged unconventionality of a claimed feature does not save a claim from a determination of abstractness.  Further, the alleged unconventionality of a claimed feature that has been determined to be an abstract idea cannot be the Alice step two “inventive concept” that makes the claims patent-eligible. 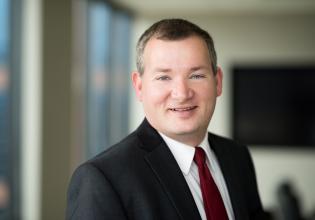 Jordan M. Cox
Jordan Cox is an associate in the Orange County office. His practice includes patent prosecution, patent litigation, and due diligence. He also works with...