On March 6, 2018 the USPTO announced that it has started a pilot program making it easy to report specimens that have been digitally created, altered or fabricated.  Third parties that believe an application contains "suspect" specimens can now send an email to TMSpecimenProtest@uspto.gov to report such issues.

The complaint must contain “objective evidence” of either of the following:

1. third party use of the identical image without the mark in question, such as the URL and screenshot from an active website or a digital copy of a photograph from a print advertisement and the publication in which it was featured, or

2. the prior registration numbers and/or serial numbers of applications in which identical images of objects, mock ups of websites, etc., all bearing different marks have been submitted to the USPTO.

The USPTO’s pilot program appears to be a reaction to several recent high profile situations involving high-volume trademark filer The Trademark Company, PLLC, and several other individuals who have been excluded from practice before the USPTO.  In the case of The Trademark Company, PLLC, the USPTO issued an exclusion order against Matthew Swyers who, in addition to numerous other activities, was found to have aided in the filing of “multiple fraudulent or digitally manipulated specimens of use” with the USPTO that potentially jeopardized the trademark applications of his clients.” See Final Order In Re Matthew H. Sweyers (Proceeding No. D2016-20 issued on January 26, 2017) https://e-foia.uspto.gov/Foia/RetrievePdf?system=OED&flNm=0900_DIS_2017-01-26.  An individual named Samen Chen, who was excluded from participating as an attorney of record, correspondent, domestic representative or signatory in any trademark application or registration before the USPTO because he was not a licensed attorney, also appears to have falsified specimens in a number of filings. 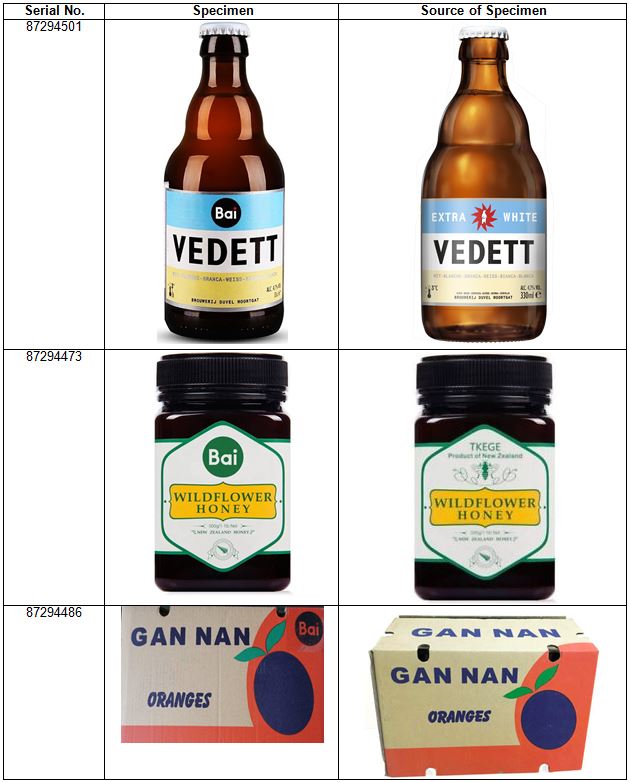 The pilot program provides a long-needed solution for situations when problematic specimens are submitted to the USPTO. Previously, the only remedy was to oppose the application on the basis that the submission of such specimens constituted fraud. It was not possible to file a Letter of Protest to raise fraud as an issue, See.  Section 1715.01(b).  Now, with this new program, the USPTO has lowered the bar and will permit challenges based on fraud in a streamlined protest procedure.

It should be noted that, outside of a fraudulent specimen, an opposition attacking a specimen on the ground that it should not have been accepted by the Examining Attorney is typically futile. The decision as to whether a specimen is acceptable or not lies solely within the discretion of the Examining Attorney.  The acceptability of a specimen cannot be the basis for an opposition, unless the specimen is fraudulent. The new pilot program may yield the same result, but in a much more streamlined and cost effective manner.

The USPTO’s new pilot program indicates that emails must be received no later than the 30th day after publication for opposition.  However, the USPTO requests that emails be submitted prior to publication whenever possible.

If a protest email is submitted against a published application, it would still be advisable to file an extension of time to oppose the application. Doing so would preserve the challenger's right to object to an application in the event the email submission was not successful.

Although the USPTO did not set a deadline for the program, it did reserve the right to alter this pilot program based on operational need, including termination of the program at any time.

If you have any questions on this new program, please contact us.