Sovereign immunity refers to the doctrine that the government cannot be sued without its consent.  Specifically, the 11th Amendment precludes federal courts from exercising jurisdiction over states in suits brought by private citizens or subjects of a foreign state. “Sovereigns” include federal and state governments under the 11th Amendment, as well as, Native American Tribes under treaties.  The U.S. Supreme Court has held that sovereign immunity is also available as a defense in administrative proceedings, which are similar to federal court litigation.  Federal Maritime Comm’n v. South Carolina Ports Authority, 535 U.S. 743.  In 2017, the Patent Trial and Appeal Board (PTAB) has addressed the issue of sovereign immunity several times in the context of Inter Partes Review (IPR) proceedings.  The recent cases, along with the currently pending IPR, Mylan Pharmaceuticals, Inc., et al. v. Allergan Inc., (IPR2016-01127, -1128, -01129, -01130, -01131, -01132) are discussed below.

In January 2017, the PTAB granted the University of Florida Research Foundation’s (UFRF’s) motion to dismiss IPR proceedings because UFRF was entitled to sovereign immunity.  See IPR Nos. 2016-01274, -01275, and -01276 (PTAB Jan. 25, 2017).  The PTAB noted that there are certain differences between standards, pleadings, discovery, relief, and requirements for jurisdiction and standing between litigation in federal court and IPR proceedings.  Nonetheless, the PTAB concluded that UFRF was entitled to the defense of sovereign immunity, and terminated the IPR.  Specifically, the PTAB indicated that the “considerable resemblance” between an IPR proceeding and litigation in federal court was sufficient to invoke 11th Amendment immunity (does the administrative proceeding “walk, talk, and squawk very much like a lawsuit?”).  The PTAB also rejected Covidien’s arguments that the UFRF consented to participation in IPR proceedings by having obtained patent rights.

In May 2016, the PTAB instituted IPR proceedings against patents owned by the University of Maryland, Baltimore (UMB) and exclusively licensed to Harpoon Medical.  See IPR2016-00208 (PTAB May 23, 2017).  Just prior to the oral hearing, UMB filed a motion to dismiss the IPR on the grounds that UMB is immune from suit under the 11th Amendment.  NeoChord argued that, by participating in the IPR proceedings without any previous objections, UMB had waived its sovereign immunity with respect to these patents.  While Covidien (above) was decided on a different set of facts and was not a precedential decision, the PTAB nonetheless granted UMB’s motion to dismiss in May 2017.  The PTAB again observed that an IPR proceeding sufficiently resembles proceedings in federal courts and is thus subject to evaluation of sovereign immunity under the 11th Amendment.

Importantly, this case was decided after Cuozzo Speed Techs, LLC v. Lee, where the Supreme Court contrasted IPR proceedings with district court proceedings.  However, the PTAB concluded that the differences highlighted in Cuozzo were directed towards the different purpose of federal court litigation and IPR proceedings and that these differences did not impact the applicability of 11th Amendment sovereign immunity as a defense.

The PTAB held that (i) Congress did not abrogate 11th Amendment sovereign immunity when it created IPR proceedings by enactment of the America Invents Act (AIA); (ii) UMB did not waive sovereign immunity by not raising an objection earlier in the IPR proceedings; and (iii) UMB did not waive sovereign immunity by obtaining a patent.  Finally, the PTAB also noted that, although UMB had licensed the patents to a third party, UMB was an indispensable party to the proceeding (i.e., the IPR could not move forward without UMB’s involvement), at least because UMB retained substantial rights in the patents.

Toyota and the Regents of the Univ. of Minnesota (UM) jointly own the patent at issue in IPR2016-01914.  In July 2017, the PTAB denied a motion from UM requesting that the IPR be terminated due to UM’s 11th Amendment sovereign immunity.  In contrast to NeoChord, the PTAB found that the proceeding could continue without UM’s participation.

While the parties agreed that the Federal Rules of Civil Procedure do not apply in IPR proceedings, the PTAB applied the standard of Rule 19(b): “[W]hen the absent sovereign party and a remaining party have identical ‘interests in the asserted patents,’ the remaining party adequately represents the interests of the absent sovereign party under Rule 19(b)(1).”  The PTAB thus determined that “Toyota would adequately represent the interests of [UM] in the challenged patent” because (i) UM and Toyota are co-owners of the patent at issue, (ii) UM and Toyota are represented by the same legal counsel, and (iii) UM and Toyota “hold identical interests” in the patent.  Accordingly, the motion to dismiss was granted with respect to UM but was allowed to proceed with only Toyota.  This decision indicated that the PTAB may see a potential boundary to application of 11th Amendment sovereign immunity in IPR proceedings.

In a controversial transaction, Allergan transferred ownership of six patents relating to RESTASIS® to the Saint Regis Mohawk Tribe (U.S. Patent Nos. 8,629,111; 8,633,162; 8,642,556; 8,648,048; 8,685,930; and 9,248,191).  Allergan had previously asserted these patents against several generic pharmaceutical companies, including Mylan and Teva in federal district court.  Several of these generic pharmaceutical companies filed IPR petitions against the patents.

In the district court litigation, after the ownership change, Judge William Bryson ordered Allergan to address “whether the Tribe should be joined as a co-plaintiff in this action, or whether the assignment of the patents to the Tribe should be disregarded as a sham.”  The publicly available details of the transaction include full transfer of ownership of the patents to the Saint Regis Mohawk Tribe and a payment to the Tribe of $13.75M (with eligibility for $15M in annual royalties), and Allergan received an exclusive license to the patents.  The license agreement also expressly states that the Tribe “will and shall assert its sovereign immunity in any Contested PTO Proceeding, including in the IPR Proceedings” and assist and cooperate with all enforcement proceedings, prosecution, and contested PTO proceedings concerning the patents-in-suit, and is doing so.  However, the agreement also states that with respect to the ongoing federal court litigation, the Tribe “(i) consents to join as a party and (ii) shall not assert its sovereign immunity.”  The PTAB is currently considering briefs on this issue.

The question also remains as to whether a patent transfer solely to assert sovereign immunity is vulnerable in a manner similar to piercing the corporate veil.  While this question remains open at the PTAB, the court of public opinion has already tried this issue:  Senator Claire McCaskill (D-Mo) recently introduced S. 1948, titled “A bill to abrogate the sovereign immunity of Indian tribes as a defense in inter partes review of patents.”  The entire text of the Bill provides: “Notwithstanding any other provision of law, an Indian tribe may not assert sovereign immunity as a defense in a review that is conducted under chapter 31 of title 35, United States Code.”  However, there is no discussion of an effective date, so it remains unclear if this Bill would retroactively address claims of immunity prior to being enacted.

In the District Court litigation, Judge Bryson found the asserted claims of the six Restasis® patents to be invalid for being obvious.  The judge also provided a separate 10-page opinion regarding Allergan’s strategy, noting that:

The Court has serious concerns about the legitimacy of the tactic that Allergan and the Tribe have employed. . . . Allergan, which does not enjoy sovereign immunity, has invoked the benefits of the patent system and has obtained valuable patent protection for its product, Restasis. . . . What Allergan seeks is the right to continue to enjoy the considerable benefits of the U.S. patent system without accepting the limits that Congress has placed on those benefits through the administrative mechanism for canceling invalid patents. If that ploy succeeds, any patentee facing IPR proceedings would presumably be able to defeat those proceedings by employing the same artifice.

See Order at page 4.  The judge also joined the tribe as a plaintiff in the District Court litigation, explaining that:

In so doing, the Court does not hold that the assignment of the patent rights to the Tribe is valid, but instead proceeds on the ground that the assignment may at some point be held valid, and that joining the Tribe as a party in this action is necessary to ensure that the judgment in this case is not rendered invalid because of the absence of a necessary party.

See Order at page 10.  Allergan will likely appeal to the Federal Circuit in due course, however, the tribe had previously agreed not to assert sovereign immunity in federal court. 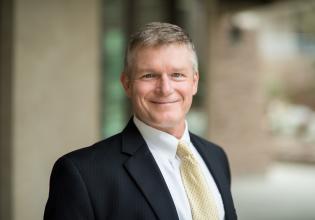