In TC Heartland LLC v. Kraft Food Group Brands LLC, 137 S. Ct. 1514 (May 22, 2017), the Supreme Court held that, for purposes of the patent venue statute, 28 U.S.C. § 1400(b), a corporation “resides” in its state of its incorporation. However, the Court did not address the second prong of § 1400(b), which states that venue proper in a judicial district “where the defendant has committed acts of infringement and has a regular and established place of business.”

Judge Stark first addressed who bears the burden of proof in a venue challenge: the plaintiff would if Federal Circuit law applied, and the defendant would if the Third Circuit law applied. Because the issue was deemed to be a procedural, non-patent-specific issue, Judge Stark held that regional circuit law should control, and placed the burden on the defendant, Mylan, to prove improper venue under Third Circuit law. The court then analyzed whether venue is proper under second prong of §1400(b), and explained that “all issues of interpretation of § 1400(b), a patent-specific statute, are controlled by Federal Circuit law.”

In analyzing the “regular and established place of business” requirement, the district court conducted a “fact intensive inquiry focused on whether the defendant does its business in this District through a permanent and continuous presence here.” Following the Federal Circuit precedent In re Cordis Corp., 769 F.2d 733, 737 (Fed. Cir. 1985), the court stated that while no fixed space in the sense of a formal office or store is necessary to establish a “regular and established place of business,” some physical presence, “a place authorized by the defendant where some part of the defendant’s business is done,” is nevertheless required.

Mylan argued that it “does not own or lease any manufacturing plants, corporate offices, facilities or other real property in Delaware; . . .  does not have telephone listings or mailing addresses in Delaware; and . . .  does not have any employees working in Delaware.” Nevertheless, the court found that these facts were not dispositive. The court noted that Mylan’s business of bringing generic drugs to market includes filing ANDA applications that provoke patent infringement litigation, resulting in Mylan frequently appearing as a litigant in the District of Delaware. The court held that Mylan’s “constant involvement” in ANDA litigation, the largest number of which are filed in the District of Delaware, as a key to its business success must be weighed in the assessment of whether Mylan has a continuous and permanent presence, and therefore a regular and established place of business, in Delaware. The court also noted that Mylan is “part of a corporate family that includes approximately 40 Delaware entities . . .  and [Mylan] has targeted at least some Delaware physicians, consistent with Mylan having an integrated distribution network for all its generic products.” In the end, the court concluded that it “cannot say that [Mylan] does not have a regular and established place of business in Delaware.” Thus, the court denied Mylan’s motion without prejudice to Mylan having an opportunity to renew its venue challenge after venue-related discovery is completed.

In contrast, in Boston Sci. Corp. et al. v. Cook Grp. Inc. et al., the court granted the defendants’ motion and transferred the case. The court applied the same legal analysis and concluded that defendants had met their burden of showing that they did not have a regular and established place of business in Delaware. The court relied on the evidence that the defendants appeared to have no presence in Delaware, including no physical facilities or corporate offices and no employees based in Delaware. The court also denied the plaintiffs’ request for venue-related discovery, finding that the record sufficiently demonstrated improper venue and that further discovery would “appear[] to be no more than a fishing expedition.”

Ten days after Judge Stark’s ruled on these two venue challenges, the Court of Appeals for the Federal Circuit issued its In re Cray order, and provided authoritative guidance on the determination of venue under §1400(b). See In re Cray Inc., Federal Circuit Case No. 2017-129 (September 21, 2017). After analyzing the case law and statute, the Federal Circuit concluded that there are three general requirements for the “regular and established place of business” prong: 1) a physical place in the district, 2) that must be a regular and established place of business, and 3) must be a place “of the defendant.” The Federal Circuit explained that “while the ‘place’ need not be a ‘fixed physical presence in the sense of a formal office or store,’ . . . there must still be a physical, geographical location in the district from which the business of the defendant is carried out.” Thus, the district court in In re Cray erred as a matter of law in holding that “a fixed physical location in the district is not a prerequisite to proper venue.” The Federal Circuit concluded that the employee’s home could not “by any stretch of the imagination” serve as the defendant’s regular and established place of business, granted defendant’s petition for a writ of mandamus, and directing the Eastern District of Texas to transfer of the case to the Western District of Wisconsin.

Judge Stark’s decision in Boston Sci. Corp. et al. v. Cook Grp. Inc. et al. aligns with the Federal Circuit’s analysis in In re Cray insofar as both found that venue was not proper where there was no physical presence in the relevant judicial district. In Bristol-Myers Squibb Co. et al. v. Mylan Pharms., the district court ordered further discovery, even though Mylan did not have a physical presence or employees in Delaware. We will have to wait to see if this issue is raised in a subsequent venue challenge. 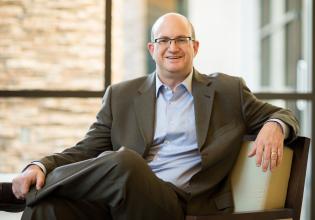 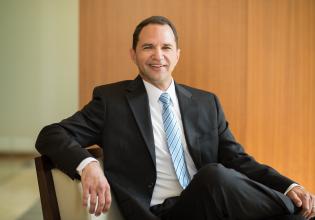