A magistrate judge in the Eastern District of Texas recommended in Network-1 Technologies, Inc. v. Alcatel-Lucent USA, Inc. Case No. 6:11-cv-492 (E.D.Tex. September 25, 2017) that Hewlett-Packard (“HP”) should be estopped from asserting invalidity grounds that HP did not raise, but reasonably could have raised, during IPR proceedings.

This recommendation is consistent with another recent decision out of the Eastern District of Texas in Biscotti, Inc. v. Microsoft Corp., No. 2:13-CV-01015, D.I. 191 (E.D. Tex. May 11, 2017), where the magistrate judge cautioned against a broad reading of the Federal Circuit’s Shaw decision when applying IPR estoppel to invalidity grounds raised against claims that have survived an IPR.  Both cases suggest that defendants in the Eastern District will have a difficult time using prior art in court that they were aware of when filing an IPR, or reasonably could have been aware of,  regardless of whether that prior art was actually raised in the IPR.

An interesting wrinkle here is that HP did not file the original IPR petition.  HP only sought joinder to an IPR filed by a co-defendant after the PTAB instituted the IPR.  HP, thus, did not have control over the references used in the original petition.  The magistrate judge, however, recommended that HP be estopped from relying on references that HP was aware of prior to filing its joinder motion and IPR petition.  Despite HP only being a joined party to the IPR, the magistrate judge reasoned that “allowing HP to raise arguments it chose not to raise at the IPR gives it the proverbial ‘second bite at the apple,’ by allowing it to enjoy the pros of IPR without risking the cons of estoppel.”  The judge quoted a decision from the District of Delaware stating that “there is no ‘mirror image’ rule for joinder,” meaning that a joined party isn’t required to keep the exact grounds of invalidity used in the petition it is seeking to join and could, in theory, include different grounds of invalidity in its own IPR petition.  See Parallel Networks Licensing, LLC v. Int'l Bus. Machines Corp., No. CV 13-2072 (KAJ), 2017 WL 1045912, at *12 (D. Del. Feb. 22, 2017).  In this case, HP’s petition was a carbon copy of the petition filed by its co-defendant.  The lesson for defendants in the Eastern District of Texas is to be cautious when seeking joinder of another party’s IPR because the IPR estoppel provision applies equally to a joined party. 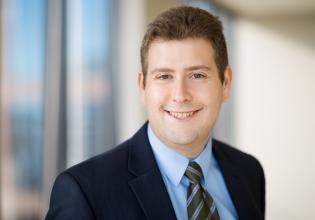