Nanochip Device with Potential To Heal Tissue and Organs

According to a regenerative medicine article published online on August 07, 2017 in the journal Nature Nanotechnology titled “Topical tissue nano-transfection mediates non-viral stroma reprogramming and rescue”, Researchers at the Ohio State University Wexner Medical Center and College of Engineering have developed a technology that has the potential to generate any cell type of interest for treatment within a patient’s body. According to the article, the researchers call their technology Tissue Nanotransfection (“TNT”), and state that a chip-sized device may be used to repair injured tissue or restore the function of aging tissue.  This can include, for example, organs, blood vessels and nerve cells.

Dr. Chandan Sen, the director of Ohio State’s Center for Regenerative Medicine & Cell Based Therapies and the executive director of Ohio State’s Comprehensive Wound Center states that “by using our novel nanochip technology, injured or compromised organs can be replaced. We have shown that skin is a fertile land where we can grow the elements of any organ that is declining.”

Sen further states that “This is difficult to imagine, but it is achievable, successfully working about 98 percent of the time. With this technology, we can convert skin cells into elements of any organ with just one touch. This process only takes less than a second and is non-invasive, and then you’re off. The chip does not stay with you, and the reprogramming of the cell starts. Our technology keeps the cells in the body under immune surveillance, so immune suppression is not necessary.”

According to the Nature Nanotechnology article, the TNT chip-sized device has two major components – (1) a nanotechnology-based chip that sits on the skin, and (2) biological cargo contained within to affect the tissue underneath.

As illustrated in the figure above, the chip is said to deliver pre-programmed DNA or RNA non-invasively into living skin cells using a high-intensity, focused electric field and converting it into whatever type of cells chosen.  “This technology does not require a laboratory or hospital and can actually be executed in the field,” Sen said. “It’s less than 100 grams to carry and will have a long shelf life.”  “We are proposing the use of skin as an agricultural land where you can essentially grow any cell of interest,” Sen said.

According to the article, initial testing on mice has been promising.  The researchers reported that they were able to reprogram skin cells into vascular cells on a mouse that had a badly injured leg with no blood flow. The article noted that as shown in the figure below, after one week of treatment, blood vessels appeared around the leg and within two weeks the leg had been completely restored. 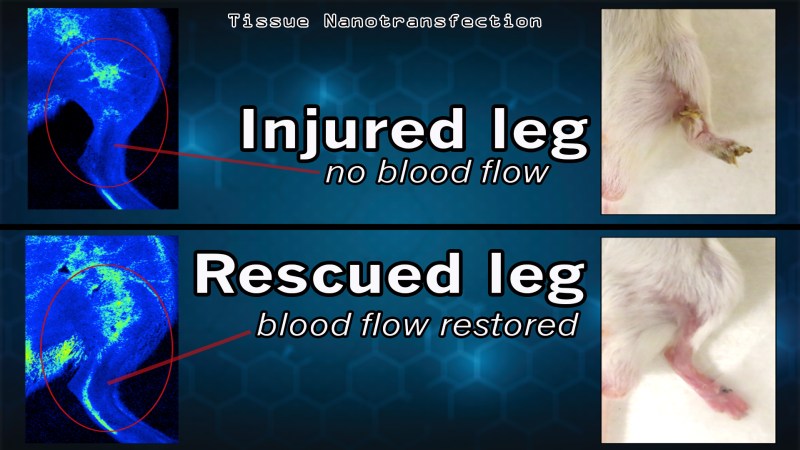 Furthermore, the article noted that a mouse that suffered a stroke regained neurologic function, demonstrating that this technology could also be applied to organs and nerve cells.

According to researchers, the aforementioned technique is said to be unique as it skips the usual intermediary step of creating pluripotent stem cells.  Furthermore, the article notes that because the process is non-invasive and the reprogrammed cells are part of the patient’s body, there are no concerns regarding immune suppression.

Researchers find broad potential application of the disclosed technology.  For example, it is said to have the potential to save lives of car crash victims, deployed soldiers injured on site, and potentially find cures to Alzheimer’s and Parkinson’s disease.

Additional details regarding the technology are discussed in the video below: 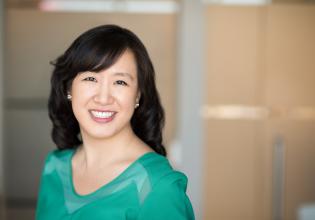 Angela Dremann
Angela K. Dremann has a broad practice in intellectual property or IP law, helping clients identify and productively address risk. She is passionate about...