A Unanimous U.S. Supreme Court Pulls Back the Reach of Damages Awards for Design Patents

The U.S. Supreme Court on Tuesday, December 6, 2016, unanimously held that damages awards for design patent infringement need not be the total profits for the entire product, but may instead be the profits for a component of that product. Samsung Electronics Co., LTD., et al v. Apple Inc. Because the parties had not briefed the issue, the Supreme Court declined to decide whether damages should be calculated based on the profits of Samsung’s infringing smartphones, or just the screen or case of the phones.  The case returns to the U.S. Court of Appeals for further proceedings.

In April 2011, Apple sued Samsung asserting several design and utility patents.  A jury found that Samsung infringed several of Apple’s patents and awarded Apple $1.1B in damages, which included a $400M damages award for infringement of Apple’s design patents directed to the screen or case of Apple’s iPhone.  The U.S. Court of Appeals affirmed the $400M judgment.  In March 2016, the Supreme Court granted certiorari.

The trial court and the U.S. Court of Appeals concluded that the article of manufacture was the entire smartphone, rejecting Samsung’s arguments that the relevant articles of manufacture were limited to just the screen or case.  The lower courts reasoned that the components of Samsung’s smartphones were not sold separately and thus were not distinct articles of manufacture.  The question before the Supreme Court was whether, in the case of a multi-component product, the relevant “article of manufacture” must always be the end product sold to the consumer or whether it could be a component of that product.

The Supreme Court defined the term “article of manufacture” as a thing made by hand or machine and held that an “article of manufacture” can encompass either a product sold to a consumer or a component of that product.  Thus, in some circumstances, a patent holder’s damages could be limited to profits associated with a component of the infringed product, regardless of whether consumers can purchase that component separately from the overall product.

The Supreme Court reasoned that its definition was consistent with Section 289, as well as with other related statutes and associated court interpretations.  For example, 35 U.S.C. § 171(a) provides that a “new, original and ornamental design for an article of manufacture” is eligible for design patent protection, and courts have understood Section 171 to permit a design patent for a design extending only to a component of a multicomponent product.  See e.g. Ex parte Adams; Application of Zahn.  Under 35 U.S.C. § 101, which makes “any new and useful... manufacture... or any new and useful improvement thereof” eligible for utility patent protection, the Supreme Court previously interpreted “manufacture” to include “the production of articles for use from raw or prepared materials by giving to these materials new forms, qualities, properties, or combinations, whether by hand-labor or by machinery.”  Diamond v. Chakrabarty.  Thus, the Supreme Court reasoned that an article of manufacture may also include a component of the entire product.

The Supreme Court declined to articulate a test for identifying the relevant article of manufacture for the purposes of calculating design patent damages under Section 289 because the parties had not briefed the issue.  The Supreme Court remanded the case to the U.S. Court of Appeals to decide that issue.

By not requiring damages awards to be based on the entire product purchased by the consumer, the courts will now have to determine the article of manufacture that is the subject of the design patent.  As the lower courts grapple with this determination, the value of protecting the overall design, as well as the design of various components of a product, will become more clear.

Consistently ranked among the top intellectual property firms in the nation and worldwide, Knobbe Martens Olson & Bear LLP has over 300 lawyers and scientists nationwide and dedicates its practice to all aspects of intellectual property law including litigation.  Knobbe Martens serves a diverse group of clients from multinational corporations to emerging businesses of all stages.  The firm is headquartered in Orange County, California, with offices in San Diego, Los Angeles, San Francisco, Silicon Valley, Seattle and Washington, D.C., and enjoys an international reputation for excellence.  More information about the firm can be found at www.knobbe.com. 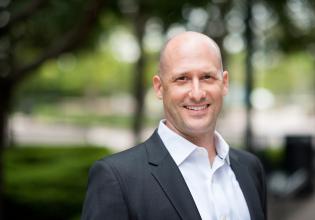 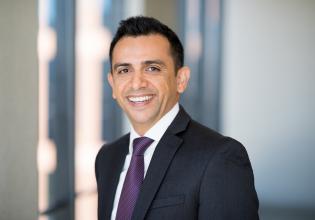 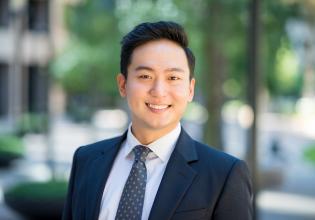