On October 11, 2018, the USPTO published a Final Rule in the Federal Register, adopting a new standard for interpreting claims in trial proceedings before the patent trial and appeal board (PTAB).

In particular, the USPTO is replacing the “broadest reasonable interpretation” standard (the BRI standard) with the claim construction standard used in federal courts as articulated in Phillips v. AWH Corp., 415 F.3d 1303 (Fed. Cir. 2005) and its progeny (the Phillips standard). The new rule applies to inter partes review (IPR), post-grant review (PGR), and the transitional program for covered business method (CBM) patents proceedings. Additionally, under the final rule, when construing a claim term in an IPR, PGR, or CBM, the PTAB will take into consideration any prior claim construction determination that has been made in a civil action, or a proceeding before the International Trade Commission (ITC), if that prior claim construction is timely made of record in that IPR, PGR, or CBM. The final rule will be effective for IPR, PGR, and CBM petitions filed on or after November 13, 2018.

Because the BRI standard will continue to be applied to IPR, PGR, and CBM petitions filed before November 13, 2018, there may be more petitions filed with the PTAB in the weeks prior to the effective date of the final rule, as petitioners may seek to take advantage of the broader claim construction standard while they still can. Patent challengers in front of the PTAB should seek to understand the full implications of the new rule and the interplay between the PTAB, federal courts, and ITC. 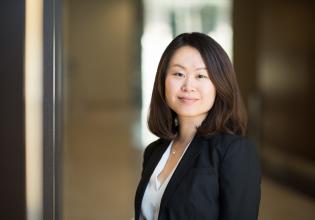 Jane Dai, Ph.D.
With extensive knowledge in complex chemistry, Jane advises clients in life sciences, with a particular focus on small molecule pharmaceuticals. She has a deep...