The U.S. Patent and Trademark Office has issued new guidance to patent examiners in light of the Federal Circuit’s recent holdings in Berkheimer v. HP Inc., 881 F.3d 1360 (Fed. Cir. 2018) and Aatrix Software, Inc. v. Green Shades Software, Inc., 882 F.3d 1121 (Fed. Cir. 2018). The new guidance emphasizes that a patent examiner’s conclusion as to whether elements of a patent claim represent “well-understood, routine, conventional activity” must be based on a factual determination, and that the factual determination must be supported in writing if the Examiner rejects a claim on those grounds.

In Mayo Collaborative Services v. Prometheus Laboratories, Inc., 132 S.Ct. 1289 (2012) and Alice Corp Pty Ltd. v. CLS Bank Intern., 134 S.Ct. 2347 (2014), the Supreme Court established a two-part test for determining whether a patent fell within one of the judicially created exceptions to eligibility under 35 U.S.C. § 101. Part one of the Alice/Mayo test involves a determination of whether the patent’s claims were directed to a judicial exception, such as a law of nature or an abstract idea. If so, then part two of the test involves an assessment of whether the claim contains additional elements that transform the claim into “something more” than an attempt to monopolize the abstract concept. For example, a patent claim directed only to a mathematical formula would be ineligible under Supreme Court precedent, but a claim that includes additional elements and applies the formula “to a new and useful end” would be eligible.

The PTO’s new guidance relates to part two of the Alice/Mayo test, and is based on the Federal Circuit’s holding in Berkheimer that the question of whether a claim element or combination of elements is “well-understood, routine, and conventional” (and thus fails to transform the claim into “something more”) is a question of fact. The PTO has instructed examiners that when making a rejection under part two of the Alice/Mayo test, an examiner must support a finding that additional claim elements are well-understood, routine, and conventional by citing either the applicant’s specification, a court decision, or a publication. The examiner may also take Official Notice, but the PTO cautions that this option should be used only when the examiner is certain, based upon his or her personal knowledge, that the additional element(s) represents well-understood, routine, conventional activity engaged by those in the relevant art.

The PTO further clarified that the required factual analysis is “the same as the analysis under 35 U.S.C. § 112 as to whether an element is so well-known that it need not be described in detail in the specification.” That is, a claim element is “well-known” for purposes of the Alice/Mayo test if a skilled artisan would not need the patent applicant to describe the element in detail in order to understand the invention.

The PTO’s guidance provides greater clarity with regard to performance of the Alice/Mayo test by patent examiners, and may improve the quality of Office Actions by requiring that examiners support an assertion that a claim does not contain “something more.” 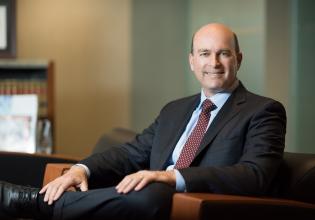