Before Dyk, Bryson, and Taranto. Appeal from the United States District Court for the Eastern District of Texas.

Summary: A plaintiff has no 7th Amendment right to a jury trial for a claim for disgorgement of profits for trade secret misappropriation.

TAO and Intersil are competitors that develop and sell ambient light sensors for use in electronic devices (e.g. smartphones). Merger discussion began so that Intersil could use one of TAO's patented sensors. The companies did not merge, and Intersil released a product very similar to TAO's sensor shortly thereafter. TAO sued, and the district court awarded TAO damages for patent infringement, trade secret misappropriation, and breach of contract or tortious interference.

With respect to TAO's cross-appeal, the Federal Circuit affirmed a summary judgment ruling that only a very small portion of the accused products were sold "within the United States" because the evidence cited by TAO did not show the required domestic activity for the remaining portion of accused products. The Federal Circuit also vacated a denial of a permanent injunction against Intersil and remanded for additional analysis related to the irreparable harm and inadequacy of compensation elements of the eBay test for an injunction. Lastly, damages for willful infringement, breach of contract, and tortious interference were also vacated so that the district court, on remand, can resolve all issues together. 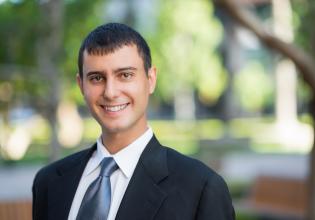 David M. Cohen
David M. Cohen is an associate in the Orange County office. He is a patent attorney registered to practice before the U.S. Patent and Trademark Office, and he...