A patent infringement case in the District of Minnesota resumed after the conclusion of Covered Business Method (CBM) proceedings at the Patent Trial and Appeal Board (PTAB).  During CBM review, the PTAB found that a prior art reference, Randle ‘283 did not render the asserted claims of the challenged patent obvious.  The plaintiff filed a Motion in Limine to exclude testimony, exhibits, and arguments regarding Randle ‘717, a continuation-in-part of Randle ‘283, and evidence and argument relating to obviousness under 35 U.S.C. §103.

The CBM estoppel provision prevents a litigation defendant from arguing that a patent is invalid “on any ground” that it raised before the PTAB in the CBM review.[i]  The plaintiff argued that the term “ground” should be read broadly to include any argument for invalidity under 35 U.S.C. § 103, and because the PTAB already issued a final written decision under § 103, the defendants are estopped from raising obviousness arguments.  The court determined that “the word ‘ground’ in the CBM estoppel provision refers to a discrete claim of invalidity based upon a prior art or a combination of prior art.”  But to decide the specific estoppel issue before it, the court found it must first determine whether the relied-upon disclosures of Randle ‘717 are essentially the same as the disclosures in Randle ‘283.  Put another way, the court decided that the defendants could only assert invalidity in view of Randle ‘717 if the reference provided new disclosures or features not in Randle ‘283.  The court has now ordered the defendants to provide a detailed proffer of evidence that Randle ‘717 discloses elements of the asserted patent that are not disclosed in Randle ‘283. 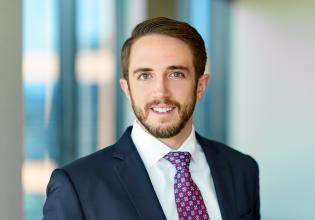