On October 24, 2017, the PTAB designated as “informative” the following three decisions that discretionarily denied institution of IPR petitions under 35 U.S.C. § 325(d).  Section 325(d) provides that “the Director may take into account whether, and reject the petition or request because, the same or substantially the same prior art or arguments previously were presented to the Office.”  The “informative” designation indicates that the decisions are not binding on other panels, but provide the PTAB’s general consensus and guidance regarding discretionary denials under § 325(d).

Cultec filed an IPR petition asserting obviousness based on (1) Reference #1 alone, (2) Reference #1 in view of Reference #2, and (3) Reference #1 in combination with other references.  The same attorney that filed the Third Party Submission during prosecution was Lead Counsel in the IPR.  The PTAB determined that References #1 and #2 were previously presented to, and considered by, the Office.  The PTAB further determined that the other references cited in the petition were substantially the same as references considered by the Examiner during prosecution.  The PTAB therefore denied institution of the IPR under § 325(d).

In this IPR, the Petitioner relied on a reference that would qualify as prior art only if the challenged claims were not entitled to claim priority to an earlier filed application.  During prosecution, the Examiner rejected then-pending claims based on the same reference.  The claims were amended during prosecution, and the Examiner found persuasive arguments by the Applicant-Patent Owner that the amended claims were entitled to the priority date of the earlier-filed application such that the reference did not constitute prior art.  The PTAB determined that the petition relied upon the same reference and same arguments regarding priority that were fully considered by the Examiner during prosecution.  The PTAB therefore denied institution of the IPR under § 325(d). 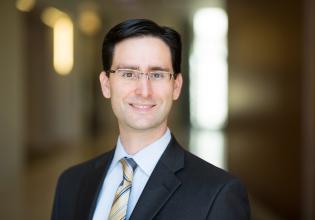