On March 29, 2016, M & P Golf filed an IPR petition against Claims 1-6 of Max Out Golf’s patent, which the PTAB instituted on September 6, 2016.  The patent, however, was already the subject of a pending ex parte reexamination filed by an anonymous third-party requester on October 27, 2015 and granted on November 25, 2015.  The Examiner initially rejected Claims 1-6, but ultimately allowed narrower claims upon entry of narrowing claim amendments.

This case provides a potential strategy for patent owners to amend claims and save a patent that is, or likely will become, subject to an IPR attack.  Although the reexamination request was filed by a third-party in this case, Patent Owners may consider filing requests on their own patents considering that the chances of amending claims in a reexamination is much higher than in an IPR.  Also, vital to the Patent Owner’s success in salvaging these claims was defeating the Petitioner’s motion to stay the reexamination so that the PTO could issue the reexamination certificate before the PTAB could reach a final written decision in the IPR on the original claims. 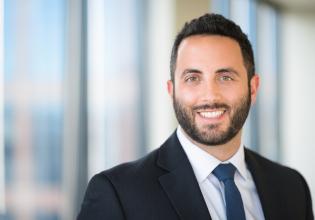