The Federal Circuit recently held in RecogniCorp, LLC v. Nintendo Co., Ltd. (Fed. Cir. 2016) that claims directed to encoding and decoding image data were not patent-eligible under 35 U.S.C. § 101. This ruling further highlights the evolving analysis of patent eligibility in the post-Alice era.  This ruling may further provide guidance regarding the impact of patent claims and the specification when distinguishing between patent-eligible improvements to a computer and patent-ineligible abstract ideas under Section 101.

U.S. Patent No. 8,005,303 (the “’303 patent”) relates to encoding and decoding facial image data by converting various facial features (eyes, nose, etc.) into alphanumeric symbols using a library or database of facial feature images. The ’303 patent discloses that the described invention is particularly applicable to “composite picture systems used in law enforcement.” Claim 1 is representative of the ’303 patent:

1.   A method for creating a composite image, comprising:

RecogniCorp filed suit and argued that the Nintendo Wii’s “Mii” avatar creation tool, which allowed players to create an in-game avatar by selecting various facial features, infringed several claims of the ’303 patent. The district court stayed the suit pending a reexamination by the U.S. Patent and Trademark Office (“USPTO”), the net result of which was to narrow the claims to overcome prior art by adding a limitation that recited a mathematical operation. After the reexamination concluded, Nintendo filed a motion for judgment on the pleadings in the distinct court suit, arguing that the claims were ineligible under Section 101.

The district court granted Nintendo’s motion. Applying the two-step patent eligibility test from Alice Corp. v. CLS Bank Int’l., 134 S.Ct. 2347 (2014), the district court first held that the asserted claims were “directed to the abstract idea of encoding and decoding composite facial images using a mathematical formula,” and analogized the recited process to “paint by numbers.” In the second prong of the Alice test, the court held that the ’303 patent consisted of the encoding algorithm itself and purely conventional or obvious pre-solution and post-solution activity, and thus the claims did not recite significantly more than the abstract idea.  RecogniCorp appealed.

The Federal Circuit reviewed the Section 101 determination de novo, and thus performed its own analysis using the two-part Alice test. In part one, the Federal Circuit held that the claims were “directed to the abstract idea of encoding and decoding image data,” and analogized the claims to “Morse code, ordering food at a fast food restaurant via a numbering system, and Paul Revere’s ‘one if by land, two if by sea’ signaling system.” Distinguishing the case from its holding in Enfish, LLC v. Microsoft Corp., 822 F.3d 1327 (Fed. Cir. 2016), the Federal Circuit held that the ’303 patent did not claim a software method that improved the functioning of a computer. Rather, it claimed a “process that qualifies as an ‘abstract idea’ for which computers are invoked merely as a tool.” The court held that the case was instead similar to Digitech Image Technologies, LLC v. Electronics for Imaging, Inc., 758 F.3d 1344 (Fed. Cir. 2014), in which the claims of the challenged patent recited “[a] process that started with data, added an algorithm, and ended with a new form of data,” and were thus held to be directed to an abstract idea.

In part two of the Alice test, the Federal Circuit held that none of the additional elements recited in the claim transformed the abstract idea of encoding and decoding into patent-eligible subject matter, and that RecogniCorp had not alleged “a particularized application of encoding and decoding image data. Indeed, claim 1 does not even require a computer; the invention can be practiced verbally or with a telephone.” The Federal Circuit thus affirmed the district court’s grant of Nintendo’s motion for judgment on the pleadings.

The McRO Factors and the Specification

Notably, while the Federal Circuit cited McRO, Inc. v. Bandai Namco Games Am. Inc., 837 F.3d 1299 (Fed. Cir. 2016) to support its holding, it did not apply both of the factors that the USPTO identified in that case for determining whether a claim is directed toward an improvement in computer-related technology. In its memorandum discussing the McRO decision, the USPTO instructed examiners to consider (i) whether the specification includes a teaching “about how the claimed invention improves a computer or other technology,” and (ii) whether the claims recite “a particular solution to a problem or a particular way to achieve a desired outcome,” as opposed to “merely claiming the idea of a solution or outcome.” In McRO, when performing part one of the Alice test, the Federal Circuit looked to the specification to confirm that the claims at issue were limited to a specific set of rules with certain characteristics, and thus were not simply directed to an abstract end result of using rules. In Trading Technologies Int’l v. CQG, No. 2016-2016 (Fed. Cir. Jan. 18, 2017) (nonprecedential), the Federal Circuit similarly looked to the specification to verify that the claims at issue were directed to “a specific improvement in the way computers operate.”

However, in this case the Federal Circuit did not look to the specification when performing part one of the Alice test. Instead, the court appeared to only consider the claims themselves when determining that they directed to an abstract idea.

With regard to the McRO factors, one possible interpretation of the RecogniCorp decision is that courts need only consider the specification to “confirm” the direction of the claims, which is how the court described its use of the specification in McRO—and for claims that do not require a computer at all, the court need not proceed further than the claims. Another interpretation is that the McRO factors themselves can be applied as a two-prong test: first, assess whether the claims recite a particular solution to a problem; if so, consider whether the solution improves a computer or other technology, consulting the specification as needed.

The Federal Circuit also emphasized that, when performing part two of the Alice test, the search for an “inventive concept” is limited to the claim language. The court noted that “[t]o save a patent at step two, an inventive concept must be evident in the claims. See Alice, 134 S. Ct. at 2357 (‘[W]e must examine the elements of the claim to determine whether it contains an “inventive concept.”’ (emphasis added)); Synopsys, Inc. v. Mentor Graphics Corp., 839 F.3d 1138, 1149 (Fed. Cir. 2016) (‘The § 101 inquiry must focus on the language of the Asserted Claims themselves.’).”

In conclusion, this case provides a further illustration of the scope of patent-eligible subject matter under Section 101 in the post-Alice era, and the degree to which a solution must be technical or tied to computing technology to survive analysis under the Alice test. It also further illustrates the factors considered by the courts when performing the Alice test, and the circumstances in which the court will consider the specification when evaluating whether a claim recites a particular solution to a technical problem. 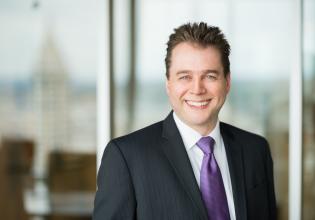 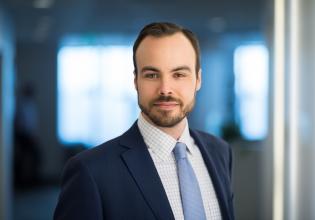