How Technical Must an Improvement be to Survive 101?

The technical nature of a claimed improvement is central to the evaluation of claims under 35 U.S.C. § 101.  Two recent district court opinions illustrate that whether or not the claims describe an improvement in the functioning of a computer itself can be determinative.

In the recent Mankes v. Fandango case, the Eastern District of North Carolina found that claims directed to operating an Internet‑based active reservation system for the purchase of goods and services were invalid under § 101.  At issue in Mankes was U.S. Patent No. 6,477,503, entitled “Active Reservation System,” which claims methods for a system to control inventory when goods and services are sold both through the Internet and at a physical site.  Representative Claim 1 from the ‘503 patent is shown below:

1. A method for operating an Internet based active reservation system for the purchase of goods and services, comprising:

(a) providing an owner event server located at and operated by a local event owner having an available inventory of goods and services at a local site;

(c) allocating said available inventory by only said owner event server at all times between local inventory and Internet inventory;

(d) adjusting said available inventory by only said event owner at said owner event server at all times based on purchases of goods and services at said local event site;

Mankes argued that the claims were not directed to an abstract idea under the first step of the two-part Alice framework, but rather, “an integrated reservation method that combines aspects of a local reservation system and an online reservation system.” Mankes likened his claims to those found to be patent eligible in McRO, Inc. v. Bandai Namco Games Am. and Enfish, L.L.C. v. Microsoft Corp. because they purportedly contain specific rules, which function to improve existing technology. The District Court disagreed, and found the claims directed to the abstract idea of “allocating, tracking, and controlling inventory between two sites.” The District Court determined that the recited features control inventory by using “standardized computers to store, allocate, communicate and receive data over the Internet.”  Notably, the District Court explained that Makes failed to even allege that his method claims are directed to “an improvement in the functioning of a computer.”

Turning to the second step in the Alice framework, the District Court determined that the asserted claims also failed to contain an inventive concept, and distinguished the instant case from Bascom Global Internet Services, Inc. v. AT&T Mobility LLC.  In Bascom, the Federal Circuit found an inventive concept “in the non-conventional and non-generic arrangement of known, conventional pieces.”  However, the District Court determined that Mankes’ claimed methods were not a “software based invention that improves the performance of the computer itself,” and did not “require modification of the conventional use of the computer or Internet, or otherwise use computer servers or the Internet in a non-conventional combination or arrangement.”  Thus, the District Court determined that viewed individually, or as an ordered combination, the claims do not contain an inventive concept.

Claims Directed to an Improvement in the Functioning of a Computer

In Gemalto v. CPI Card Group Inc, claims were found statutory under 35 U.S.C. § 101 at least in part because the claims recite an improvement to the functioning of a computer.  The patent in suit, U.S. Patent No. 6,786,418, claims a computerized system for individually customizing microcircuit cards, also known as “smart cards,” with customer information, applications, and other data.  Representative Claim 1 of the ‘418 patent is shown below:

bi-directional link, said management interface receiving said requests and transmitting them to at least one of said servers as soon as they are received and as soon

as said server is available, and receiving the corresponding response and transmitting said response to the requesting customizing station.

In arguing for the nonpatentability of the claims, CPI argued that the patent was directed to the abstract idea of “communicating orders through an intermediary (i.e., a ‘traffic cop’).”  Applying the first step of the Alice inquiry, the District Court found that the claims at issue are directed to an improvement in smart card customization technology, not to the underlying abstract concept used to achieve that improvement.  The District Court focused heavily on the explanation in the specification regarding how the invention improved prior smart card systems by solving two problems routinely encountered with those existing systems:  (1) the claimed Smart Card Customizing System improved how “customizing stations” linked with corresponding customizing data servers during the card customization process, thus reducing “traffic jams” and therefore wait times during the customization process, and (2) the claimed Smart Card Customizing System separated customizing data and encryption data, resulting in speedier processing.  The District Court viewed the claims as directed to “using a generic concept (here, an intermediary) to improve how a technological system or device (here, a smart card customization system) functions.”  Because the District Court determined that the claims are not directed to an abstract idea, it did not reach the second step of the Alice inquiry.

Thus, patent owners should consider drafting claims to recite features describing the improved functioning of a computer.  Robust descriptions in the specification of not only the technical problem being solved, but specifically how the claimed solution solves the technical problem, and how this results in improving the functioning of the computer itself, may also be helpful to a finding of patentability.

Defendants should exploit a lack of language in the claims and specification directed to how the invention improves the functioning of a computer when attempting to invalidate a patent.  Failure of the patentee to include such language can be used to support an argument that the claims are directed to an abstract idea under the first step of the Alice inquiry, and therefore non-statutory under 35-U.S.C. § 101. 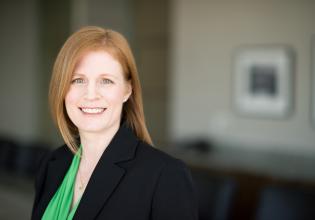