It’s a Game Winning Shot but Far from a Slam Dunk: Michael Jordan Obtains Partial Victory in Chinese Courts over Use of His Name

In December 2016, China’s Supreme Court held that a Chinese manufacturer named Qiaodan Sports Company, could not continue to produce athletic shoes, clothing and gear bearing the trademark 乔丹, which is the Chinese transliteration of famed NBA player Michael Jordan’s last name. The court’s ruling overturned two previous lower court decisions against Jordan, and is a rare win for foreign individuals and companies seeking to protect their intellectual property in China.

Unfortunately, Jordan’s win was not a slam dunk. In the same decision, the Court ruled that Qiaodan Sports Company could continue to use the mark QIAODAN, even though it is also a translation of the same characters 乔丹.   The Court found that the evidence was insufficient to show that Chinese consumers associated Michael Jordan with the Roman character word QIAODAN.

When Nike and the Jordan Brand began considering entry into the Chinese market in the 1990s, they registered the trademark JORDAN in English. Qiaodan Sports was founded in 2000, and it obtained a number of Chinese trademark registrations, including registrations for 乔丹, QIAODAN, and . 乔丹, pronounced “chee-ow dan”, translates to the Romanized word “Qiaodan” and is the transliteration of Michael Jordan’s name in Chinese. In China, Michael Jordan is commonly referred to by the media and the public as 乔丹. As of 2012, Qiaodan Sports had 6,000 retail outlets throughout China and revenue of 1.7 billion yuan ($276 million). Qiaodan Sports also participates in the sponsorship of major sporting events in China, including the sponsorship of a university basketball league.

In 2012, Michael Jordan filed a revocation petition with China’s Review and Adjudication Board seeking the cancellation of Qiaodan Sports’s trademark for 乔丹. Jordan’s revocation petition was denied and he proceeded to file suit in Beijing’s lower courts, where he lost the original suit and the subsequent appeal. Jordan then appealed to the People’s Supreme Court, China’s highest court, where he won a judgment against Qiaodan Sports in December 2016.

Michael Jordan argued Qiaodan Sports was improperly using his name to sell and promote goods. Jordan stated he was a world famous, American basketball sports star and famous in China under the name 乔丹. Thus the relevant public would associate Jordan and 乔丹 as sharing some connection, leading to a mistaken belief that Jordan endorsed or was involved with Qiaodan Sports’s products. Jordan argued that Qiaodan Sports, as a producer of basketball shoes and jerseys, knew or should have known about Jordan and his association with the name 乔丹. Jordan also cited China’s Anti-Unfair Competition Law, which he argued protected against the unauthorized use of the business name or name of another to create the mistaken belief of association between unrelated entities.

The Court looked to Article 31 of the Trademark Law and concluded an individual has prior rights in a specific name if three conditions are met: (1) the relevant public uses the specific name to refer to the natural person, (2) there is an established link between the specific name and the natural person, and (3) the specific name and the natural person are used interchangeably. The Court concluded Jordan met these conditions because media evidence indicated Jordan’s fame and strong association with the name 乔丹. In addition, the Court pointed to survey evidence indicating a significant majority of the Chinese public associated 乔丹 with Michael Jordan rather than Qiaodan Sports. The Court found this data to confirm media evidence that there is an established link between Michael Jordan and 乔丹 .

The Court held Qiaodan Sports must stop selling merchandise bearing the trademark 乔丹, but could continue to use the mark QIAODAN, even though it is a transliteration of 乔丹.  The Court found there was insufficient evidence indicating Chinese consumers associated Michael Jordan with the Romanized word QIAODAN.

This case is important for a few reasons.  It demonstrates the importance of carefully considering how your brand will be marketed in China. In addition to protecting your mark in Roman characters, you should consider protecting its Chinese transliteration. Typically there is more than one way that a mark can be transliterated into Chinese characters.  A company should work with its local marketing partner to develop a transliteration of its brand, and file applications to protect its mark in Roman characters and in its transliterated form.  It may also want to consider filing applications for other transliterations of the mark, even if it does not intend to use them.  This may prevent counterfeiters from obtaining registrations for these marks.

This case also demonstrates the importance of early trademark registration in China. In the United States, a company develops trademark rights as soon as it starts using a mark.  In China, however, trademark rights are awarded to the first company to file a trademark application.  Any company intending to manufacture goods in China, or sell into the Chinese market, should consider registering their most important trademarks in both the US and China. A Chinese trademark registration can help protect against counterfeiting and establish standing to sue.

Finally, this case is significant because it sets a precedent for other companies and celebrities pursuing similar claims in China. Foreign companies have long struggled to obtain legal victories against infringers and squatters in China.  Apple, Gucci, Hèrmes, New Balance, Tesla, Justin Bieber and Cristiano Ronaldo have all lost cases there. The widespread publicity of this case in Chinese media, the live streaming of the People’s Supreme Court hearing, and the positive outcome of the case for Jordan may signal the dawn of a new day for foreign companies and celebrities trying to enforce their rights in China. Still, the lack of an award of monetary damages and Jordan’s inability to stop Qiaodan Sports from using QIAODAN, indicate that change will come slowly.   Companies should continue to consult with counsel and file applications for their marks in China as soon as possible, to ensure they are in the best position to shut down counterfeiters. 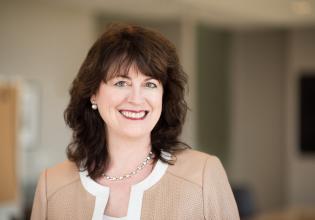