Less than a month after reversing the lower court’s determination of invalidity in McRO, Inc. v. Bandai Namco Games America, Inc., the Federal Circuit has now upheld the invalidity of claims in FairWarning IP, LLC v. Iatric Systems, Inc. that, like McRO, recite computer-implemented application of rules.  The court’s rationale in distinguishing the claims of these two patents, resulting in the different outcomes, is instructive to both patentees and patent challengers.

In McRO, the Federal Circuit found that claims reciting a “method for automatically animating lip synchronization and facial expression of three-dimensional characters,” including application of a “set of rules,” were not directed to an abstract idea under step one of the Alice test.  Therefore, as the court noted, analysis of the claims under step two of the Alice test was not necessary, and the claims were found to be patent-eligible under § 101.

In FairWarning, however, the Federal Circuit found that claims reciting a “method of detecting improper access of a patient’s health information (PHI) in a computer environment,” which also includes application of “a rule,” are not patent eligible under § 101 because they are directed to an abstract idea (step one of the Alice test) and fail to include “something more” (step two of the Alice test).

Step One of the Alice Test

Under step one of the Alice test for subject matter eligibility, a court is to determine whether the claims at issue are directed to a patent-ineligible concept, such as an abstract idea.  In FairWarning, the Federal Circuit reviewed claim 1 of U.S. Patent No. 8,578,500 (the ’500 patent), stating it was representative of the full set of claims.  Claim 1 of the ‘500 patent recites in part:

A method of detecting improper access of a patient's protected health information (PHI) in a computer environment, . . . comprising:

generating a rule for monitoring audit log data representing at least one of transactions or activities that are executed in the computer environment, which are associated with the patient's PHI, the rule comprising at least one criterion related to accesses in excess of a specific volume, accesses during a pre-determined time interval, accesses by a specific user . . .

applying the rule to the audit log data to determine if an event has occurred . . . .

Applying the first step of the Alice test, the Federal Circuit differentiated FairWarning’s claims from those in McRO (U.S. Patent No. 6,307,576).  More specifically, the Federal Circuit noted that the McRO claims recite, in part, “rules that define output morph weight set stream as a function of phoneme sequence and time of said phoneme sequence,” and use of the rules “to produce lip synchronization and facial expression control” of animated faces.  The court noted that in McRO, the well-known and traditionally manual practice of animating lip synchronization stood in contrast with the claimed method. As the court explained, it was the incorporation of the claimed rules for animating lip synchronization, rather than the incorporation of a computer, that provided a technological improvement.

In contrast to McRO, the court stated that the claims of FairWarning’s patent “merely implement an old practice in a new environment,” namely on a computer, rather than being directed to a “fundamentally different” practice as in McRO.  The court further indicated that any “technological improvement” in the claims of the ‘500 patent is provided by the incorporation of a computer rather than the claimed rules.  The claims of the ‘500 patent were thus held to be directed to an abstract idea.

Step Two of the Alice Test

Under step two of the Alice test for subject matter eligibility, a court is to determine whether the claims at issue contain an inventive concept sufficient to transform the claimed abstract idea into a patent-eligible application.  In its analysis of the ‘500 patent, the court noted that the claims merely recite:

(1) generating a rule ‘related to’ the number of accesses, the timing of accesses, and the specific users in order to review ‘transactions or activities that are executed in a computer environment’;

(3) storing the result; and

The court stated that none of these operations provide “something more” to transform an abstract idea into a “patent-eligible application.”

With the McRO and FairWarning opinions, the Federal Circuit has provided both patent-eligible and patent-ineligible examples of rule-based computer-implemented methods.  Based on these opinions, inventors and patent owners may consider specifically claiming technical aspects of any relevant rules and emphasizing the technological advancement that their rules provide over traditional practices, rather than focusing on the computerized implementation of the rules.  Conversely, patent challengers may consider arguing that any technological advancement provided by a claimed method is merely a byproduct of implementation of the method on a computer. 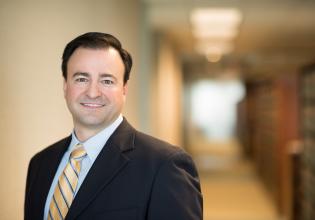