In September 2014, Adaptimmune Limited, a leading biotechnology company focused on the use of T-cell therapy to treat cancer and infectious disease, announced the completion of a $104 million Series A financing round.

Adaptimmune plans to use the proceeds from the Series A financing to advance the company’s internal programmes into the clinic in multiple cancer indications.  Using its unique T-cell receptor (TCR) engineering technology, Adaptimmune has created TCRs which are deployed to target the cancer testis antigen, NY-ESO-1, as well as other targets. In June the company announced that it had entered into a strategic collaboration and licensing agreement with GlaxoSmithKline covering an option on the NY-ESO-1 clinical programme. Adaptimmune is currently running trials across the United States in multiple myeloma, melanoma, sarcoma and ovarian cancer.

The firm has represented NEA since 2007, with Orange County partners Dr. Salima Merani and Dr. Jason Gersting representing NEA on this matter.  A full press release can be found at http://www.nea.com/news/press-releases/adaptimmune-secures-104-million-in-series-a-financing. 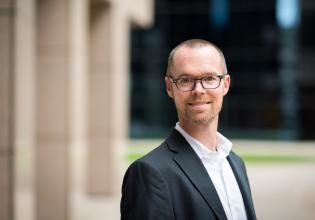 Jason A. Gersting, Ph.D.
Jason Gersting is a partner in the Orange County office. He focuses on patent and trademark prosecution and strategic intellectual property portfolio management...