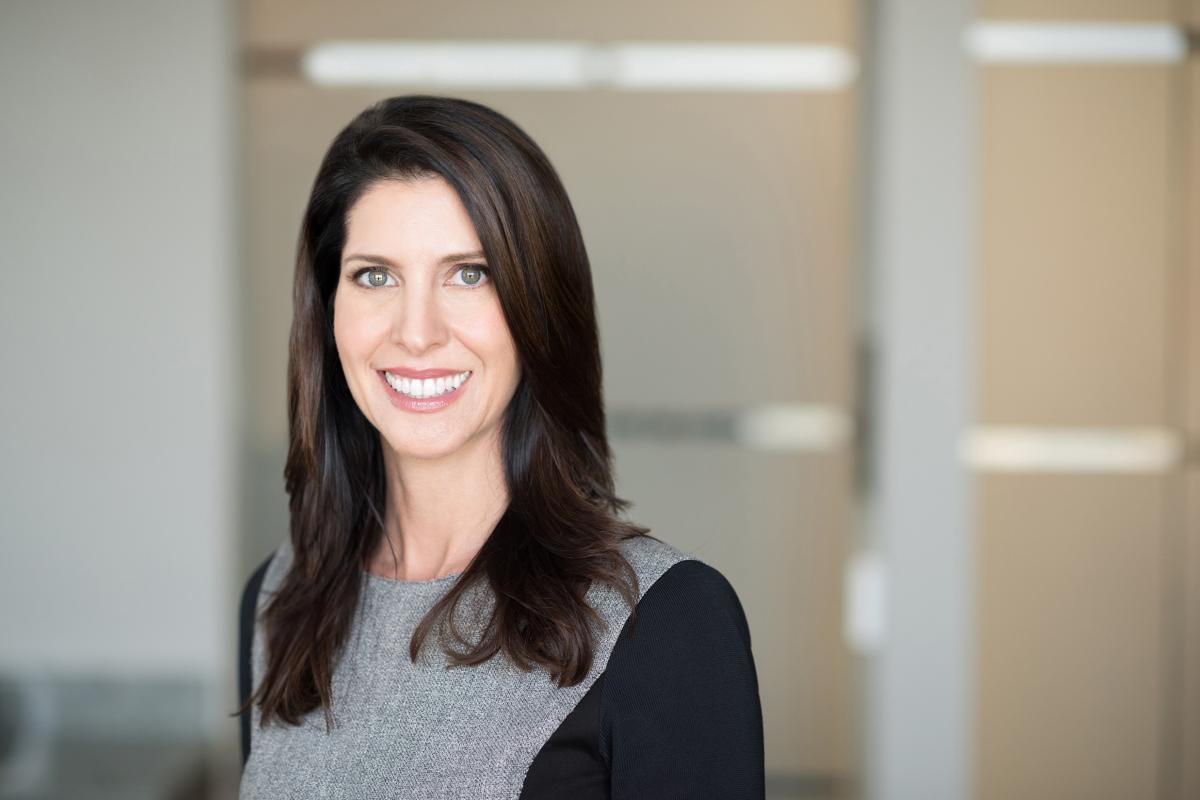 Susan Natland advises on all aspects of domestic and international brand protection and enforcement, advertising law, unfair competition, copyright, and data privacy and security matters. By investing the necessary time to understanding her client’s business and specific goals, Susan delivers solutions that maximize efficiencies and opportunities. Responsive, accountable and results-oriented, Susan is dedicated to serving as both a trusted legal and business advisor.

Susan is Co-Chair of the firm’s Trademark and Brand Protection Group. Her practice includes domestic and foreign trademark selection and clearance, trademark procurement and prosecution, ex parte and inter partes proceedings before the Trademark Trial and Appeal Board (TTAB), trademark audits, licensing, domain name disputes, counterfeit goods and customs, copyrights, entertainment law, rights of publicity, and trademark and copyright enforcement and litigation. A hands-on advocate for her client’s rights, Susan has even personally attended raids of counterfeit goods warehouses in China. Susan was appointed by the U.S. Secretary of Commerce and currently serves as Chair of the Trademark Public Advisory Committee (TPAC) which advises the Under Secretary of Commerce for Intellectual Property and the Director of the USPTO on matters relating to the policies, goals, performance, budget, and user fees of the USPTO. Susan is also extremely active in the International Trademark Association (INTA), has served as Chair if its Enforcement Committee, among other roles, and is currently on the INTA Presidential Task Force.

Notably, Susan worked as a virtual in-house trademark counsel for a major Internet retailer for nearly two years. This experience allowed her to take an active role in business decisions and provided her with insight into business drivers and concerns.

Recipient of the Lexology “Client Choice” award (exclusively based on client input) multiple times and repeatedly voted as one of the top trademark lawyers in the country by a variety of business and legal publications, Susan has earned her reputation as a consummate professional that is also a fierce advocate for her clients. Susan takes the time to learn about her client’s business, the key players involved, and the market in which they operate. In return, Susan’s clients value her integrity and work ethic, and that she is a talented lawyer and proven strategist that balances complex legal issues with pragmatic business considerations.

Susan served on Knobbe Martens Executive Committee and is also a member of the firm’s Diversity Committee, as well as a contributor to the firm's Fashion Blog. Susan has also been an adjunct professor at UCLA School of Law, teaching Trademark Law, and is Guest Lecturer at UCI School of Law and Chapman School of Law (Music and Entertainment Law). Susan is also active in the local business community and has volunteered for the Los Angeles Downtown Women's Center and Newport Beach Chamber of Commerce. Moreover, she participates in many local charitable events such as the Anti-Defamation League, the Public Law Center, and SIMA (Surfing Industry Manufacturers Association). Susan is also a Brand Ambassador for her client BEEK.

Susan has received multiple awards and has been honored in both national and international forums for her legal accomplishments:

UNITED STATES: Applicants Must Prove Plans to Use a Mark, INTA, September 2020

No Place To Hide – The Effect of a Data Breach on Brand Value, Smith, Gambrell & Russell, LLP Blog, August 2019

"The Battle of the Earnhardts," World Trademark Review, September 2017

When the cost of default is $1.2 million, World Trademark Review, February 2016

SPI in high spirits after suit against STOLI marks is dismissed for lack of standing, World Trademark Review, September 2013

Madrid Protocol registrations not insulated from petition to cancel based on abandonment, World Trademark Review, October 2012

Use of Identical Mark is Circumstantial Evidence of Dilution, World Trademark Review, July 2010

A TTAB Finds Mark Disparaging For Use with Wine, World Trademark Review, April 2010

Plaintiff Has Its Cake, May Not Eat It Too, World Trademark Review, December 2009

Trademark Management: The Whole Truth and Nothing But the Truth, World Trademark Review, April 2007

Trademark Audits – what you need to know, World Trademark Review, May 2006

Q&A with Former Deputy Director of the US Patent and Trademark Office and Deputy Under Secretary of Commerce, ACC DoubleHeader (October 2021)

Keynote Q&A With Director of the USPTO, Andrei Iancu, LAIPLA Washington in the West Conference (January 2020)

How To Not Strike Out With The California Consumer Privacy Act (CCPA), Knobbe Martens Webinar (June 2019)

How Not to Strike Out with the CCPA, Private Event (March 2019)

The Complex World of Data Privacy and Security in the Medical Space, DeviceAlliance and Knobbe Martens Seminar (August 2018)

Implications with the Use of Mobile Devices in the Health Care Industry, New York State Bar Association Fall Meeting (October 2017)

The Future of the Law, Chapman School of Law (Chapman Law Review Symposium) (2017)

"What We've Got Here is a Failure to Communicate" – False Advertising in the Social Media Space, Association of Corporate Counsel (ACC) (2016)

The Intersection of False Advertising Claims and the FDCA, OCBA Entertainment and Sports Section (2015)

The Intersection of False Advertising Claims and the FDCA, Association of Corporate Counsel (ACC) (2014)

The Intersection of False Advertising Claims and the FDCA, Association of Corporate Counsel (ACC) (2014)

Soarin' Over Your Trademarks: Keys to Monetizing Your Brands, Association of Corporate Counsel (ACC) (2012)

Trademark and Copyright Clearance Scenarios: A Lawyer's Day at the Happiest Place on Earth.... Association of Corporate Counsel (ACC) (2011)

Quoted in "The State of Counterfeiting and Intellectual Property Theft," which was published in Footwear Insight (February 2021)

Quoted in "How Booking.com Won Its Fight for a Trademark," which was published in AdWeek (July 2020)

Quoted in, "Chaos is a Ladder for the Startup Lawyer," an article published by Orange County Lawyer Magazine (February 2020)

Quoted in, "Mongols Convicted of Racketeering, but Trial Isn’t Over," an article published by Court House News Service (January 2019)