In Re THE BOARD OF TRUSTEES

Before Prost, Lourie, and Reyna.  Appeal from the Patent Trial and Appeal Board.

Summary: A claim directed to an innovative mathematical process to generate data was a patent ineligible algorithm that lacked any improvement of a technological process under the two-step Alice inquiry.

The Board of Trustees of the Leland Stanford Junior University (“Stanford”) filed an application having claims directed to an improved method of processing data about a person’s genetic makeup in order to predict the parent from whom a gene was inherited.  The Examiner rejected the claims for being directed to patent ineligible abstract mathematical algorithms and the Board affirmed under the two-step Alice inquiry.

The Federal Circuit led with the long-established holding that “mathematical algorithms for performing calculations, without more, are patent ineligible.” The Court then characterized Stanford’s innovation as being mathematical analysis and noted that the claim recited generic computer hardware and required no concrete application for using the data.  In an effort to rebut the Board’s Alice findings, Stanford argued that the claim was a novel, specific application that provided more information than previous methods and therefore was not an abstract idea. The Federal Circuit rejected this argument, holding that even if this was an improved data-generating process it was still directed to an abstract mathematical calculation that failed to improve a technological process under the Alice inquiry. Stanford then argued that the Board failed to assess the elements of the claim as an ordered combination. Again, the Federal Circuit rejected this argument reasoning that Standard failed to explain how the ordered combination of data processing elements moved the claimed subject matter from an abstract idea into a practical application. Thus, the claims were drawn to patent ineligible subject matter and the Board’s decision was affirmed. 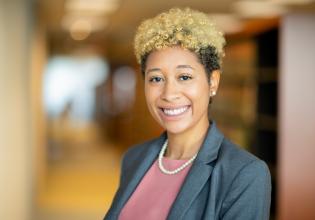