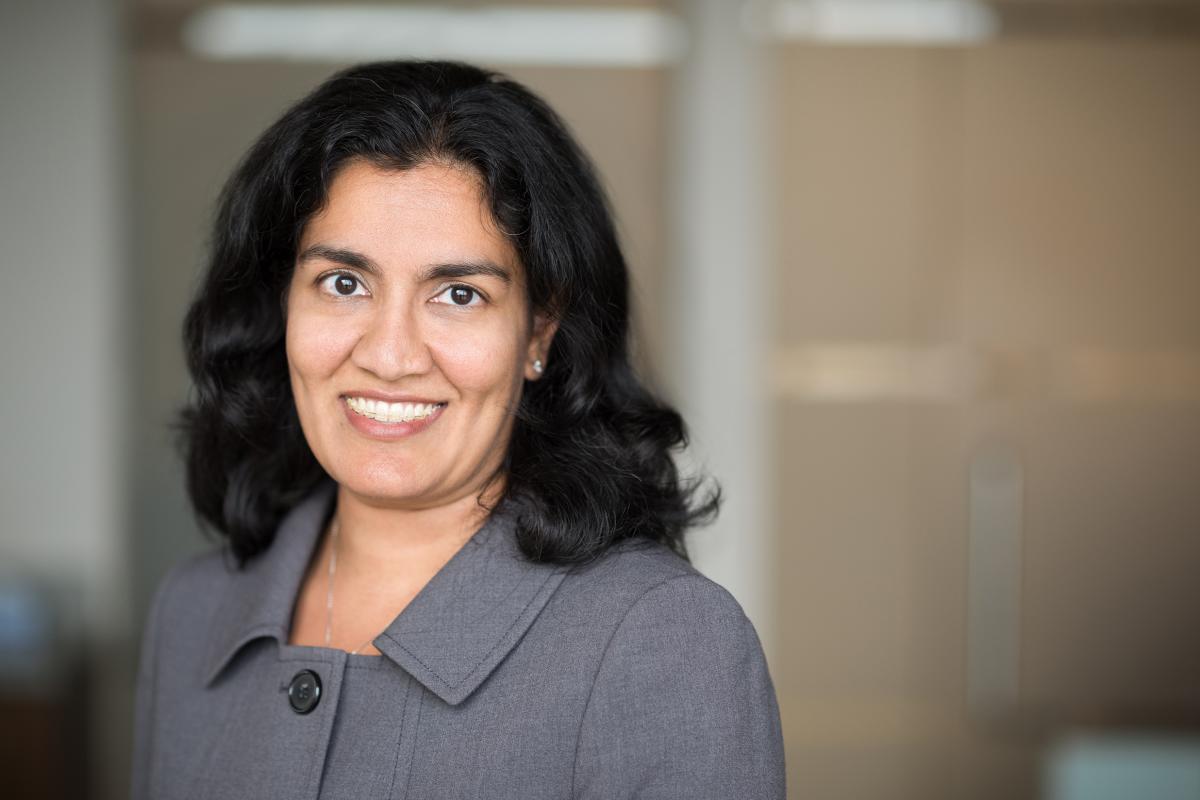 For nearly two decades, Sheila Swaroop has served as a passionate advocate and formidable litigator representing businesses of all sizes, ranging from small, fast-growing companies to major, established brands and market leaders. Her industry experience and technological know-how is extensive, and includes life sciences, pharmaceuticals, medical and dental devices, and consumer goods. A registered patent attorney, Sheila advises on pre-litigation strategy and enforcement, as well as the litigation of disputes through trial and appeal in district court, the International Trade Commission (ITC) and the Patent Trial and Appeal Board (PTAB).

Regardless of the size or complexity of the dispute, Sheila’s dedication to devising the right approach to problem-solving, either on attack or defense, has resulted in a favorable track record of success both in and out of court. Sheila understands how the court system works as both a litigator and having previously worked for a judge. She is personally committed to “the win,” and feels a sense of ownership in achieving the right result for her clients.

Tenacious and responsive, Sheila makes a point of knowing the facts and details of every claim in order to create an advantage for her clients. Because she has served as both plaintiff’s and defendant’s counsel, Sheila offers a holistic point of view when identifying the strengths and weaknesses of a case and then presenting the most effective argument. Because her client’s business objectives ultimately drive the litigation strategy, Sheila is reasonable, and her approach to advocacy and negotiation supports the settlement process if and when appropriate.

Sheila’s litigation skills are demonstrated by her tangible experience before the International Trade Commission (ITC). When representing the patent owner, Sheila was able to block an infringing competitor’s products from entering the U.S. for her client, one of the world’s largest dental implant manufacturers. On defense, Sheila helped to obtain dismissal of an ITC case prior to trial on behalf of a medical device client. Sheila’s ability to manage complex litigation issues on an expedited time frame are supported by her first-hand knowledge of the unique rules, regulations and procedural aspects of the ITC.

"Boundaries of BPCIA Patent Exchange Get Tested in Court," The Recorder (May 2015).

The Surprising Uses of Prior Settlement Negotiations Under FRE 408.  Association of Business Trial Lawyers Report (May 2002).

Panelist, "Timing is Everything: A Checklist to Ensure Preparedness for Litigation,"  ACI Biosimilars Conference (May 2012).

Panelist at Berkeley Center for Law and Technology Conference on Improving the USPTO-District Court Interface (June 2011).