Knobbe Martens is pleased to announce that the Orange County Bar Association has selected partner John Sganga as this year’s recipient of its prestigious Harmon G. Scoville Award.

The honor, named after retired California Court of Appeal Presiding Justice Harmon G. Scoville, who received the first award in 1990, is presented annually to a member of the Orange County legal community whose career exemplifies the highest standards of the legal profession, who is widely known as a champion of the constitutional system of justice and who has made significant contributions to the OCBA and its community.

For more than three decades, Sganga’s intellectual property and technology litigation practice has garnered victories in high-stakes cases, securing hundreds of millions of dollars in awards for plaintiffs, and avoiding similar potential exposure for defendants.

Service to the OCBA

As an active OCBA leader, Sganga served as President of the OC Barristers (then the OCBA’s new lawyer affiliate), and as co-founder and chair of the OCBA Community Outreach Committee, which initiated the Annual Food Drive and other volunteer events. Last year, he served on the Intergenerational Task force, and in 2016 he chaired the Masters Division after serving on the division’s board and as program chair. Throughout his OCBA membership, Sganga held numerous other leadership roles, including six years on the OCBA Board, a stint on the Administration of Justice Committee, a period on the OC Bar Foundation Board of Directors, and as a chair of the OCBA delegation to the Conference of Delegates. He has also provided the OCBA Pro Bono representation on IP issues.

Contributions to the Legal Community

Sganga is a past President of the William P. Gray Legion Lex Inn of Court, and served on the Board of Governors of the Association of Business Trial Lawyers. He was active as an attorney representative to the 9th Circuit Court of Appeals Judicial Conference, and a member of the Orange County Intellectual Property Law Association, where he served as Federal Courts Committee Chair.

Sganga is a frequent lecturer on IP law and litigation strategy and authors numerous thought leadership articles for the firm’s blog and leading legal publications. He has taught as an adjunct law professor at Chapman University, and co-authored the treatise “Pre-Litigation Patent Enforcement.”   His outstanding work earned him recognition on the local, state, national and international levels, including being named one of the “World’s Leading Patent Professionals” by Intellectual Asset Magazine; recognition by The Legal 500 United States guide for Patent Litigation; as a Patent Star in Managing IP's "IP STARS" guide; and ranked a "Local Litigation Star,” "California Litigation Star" and "National Practice Area Star" in Benchmark Litigation. The Daily Journal named him a Top IP Attorney in California, and he is listed on Best Lawyers in America, including recognition this year as the "Lawyer of the Year" for Patent Law in Orange County.

The Scoville award will be presented during the OCBA Volunteer Recognition Reception on October 5. The 120-year-old Orange County Bar Association has more than 7,500 members, making it one of the largest voluntary bars in California. 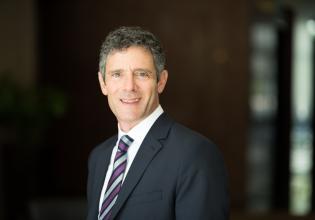