University Successfully Argues Prior Art’s Disclosures Were Not “By Another”

LSI CORPORATION v. REGENTS OF THE UNIVERSITY OF MINNESOTA

Before Dyk, Reyna, and Hughes.  Appeal from the Patent Trial and Appeal Board.

Summary: Determining whether a patent or application’s disclosure is “by another” under § 102(e) requires evaluating the relied-upon portions of the disclosure to determine if the source of this disclosure is truly “by another;” a Board’s determination of untimeliness must be appealed even if the Board reaches the merits of the argument.

LSI petitioned for inter partes review of U.S. Pat. No. 5,859,601 (“’601 patent”) owned by the University of Minnesota (“UMN”) and relating to computer coding and bit processing.  The Board held that claims 14 and 17 of the ’601 patent were not anticipated by either U.S. Pat. No. 5,392,270 (“Okada”) or U.S. Pat. No. 5,731,768 (“Tsang”).  With respect to Okada, the Board found that certain arguments were untimely raised and, in any event, failed on the merits because they did not address the claimed constraints on processing.  Tsang in contrast, did address the claimed constraints but those aspects from Tsang were not considered “by another” under 35 U.S.C. § 102(e).  LSI appealed.

With respect to anticipation by Tsang, the Federal Circuit reviewed the Board’s determination as to whether the relevant portions of Tsang that LSI relied upon described an invention “by another.”  Tsang undisputedly recited a different inventive entity than the ’601 patent.  And LSI relied upon the disclosure of processing constraints from the Background section as anticipating claims 14 and 17.  However, that section of Tsang was a summary of an annual report written by the ’601 patent’s inventors and describing their work that was provided to Tsang’s named inventor.  Thus, even though LSI technically relied on Tsang and not the annual report written by the ’601 patent’s inventors, the relevant inquiry was whether the relied upon portions of Tsang were “by another.”  Because they were not, the Federal Circuit affirmed the Board’s decision that Tsang did not anticipate under § 102(e).

Regarding Okada, LSI admitted at oral argument that it did not appeal the Board’s decision regarding timeliness and asserted this was not necessary because the Board reached the merits of the argument.  The Federal Circuit disagreed, holding that it was necessary for LSI to have appealed the Board’s timeliness decision despite the Board having reached the merits of the argument because untimeliness was an independent ground for the decision.  Accordingly, the Federal Circuit concluded that LSI forfeited any challenge to untimeliness and affirmed the Board’s determination without addressing the merits. 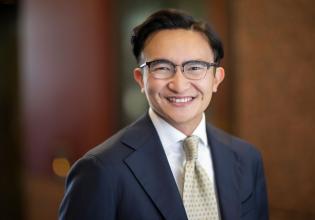 Matthew Pham
Matt Pham is an associate in Orange County with a focus on patent, trademark, trade secret, and appellate litigation. Matt has experience in a variety of...