A Standalone Obviousness Reference Must Be Enabling to Invalidate

Before Lourie, Chen, and Hughes.

Summary:  Unrebutted evidence of non-enablement is sufficient to overcome an invalidity challenge based on a standalone §103 reference.

Raytheon owns a patent claiming a gas turbine engine having a particular power density.  GE petitioned for inter partes review of Raytheon’s patent, relying on a NASA technical memorandum (“Knip”) as a standalone §103 prior art reference.  In response, Raytheon argued that Knip’s disclosure did not enable or render obvious the claimed invention because Knip’s “imagined” composite materials were unattainable when Raytheon filed its patent.  The Board ultimately held that Knip’s disclosure was “enabling,” and rendered Raytheon’s patent claims obvious.  The Board’s enablement analysis focused on one of the claimed limitations—the power density—instead of the claimed invention as a whole.  Raytheon appealed.

The Federal Circuit reversed.  The Court first explained that even a non-enabling reference can typically play a role in the obviousness analysis based on its teachings.  The Court then qualified this general rule, and explained that when a patent challenger relies on a single reference for both obviousness and self-enablement, the reference’s disclosure must enable the claimed invention.  Raytheon’s unrebutted evidence demonstrated that Knip’s disclosure did not enable the claimed invention.  Thus, the Court reversed the holding of obviousness. 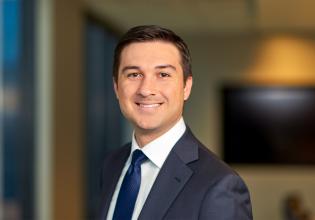 Adam Aquino
Adam is an IP litigation associate with experience representing clients in district court, at the ITC, and before the PTAB. He has litigated patent, trade...