Before Reyna, Prost, and Taranto. Appeal from the Southern District of California.

Summary:  Specific definitions provided in an earlier application in a patent family incorporated by reference into a later patent do not restrict the later patent if that patent does not include the definition.

Patent owner Finjan, LLC, sued Eset, LLC for infringement. The district court held a Markman hearing to determine the definition of the term “downloadable” in the asserted patents. In the hearing, the district court relied on a definition of the term from a non-asserted patent in the same family incorporated by reference into the asserted patents. Based on this definition, the court construed the term to mean “a small executable or interpretable application program which is downloaded from a source computer and run on a destination computer.” With the narrow definition in place, Eset moved for summary judgment of invalidity based on indefiniteness. The court granted the motion, finding the asserted patents indefinite based on the word “small.” Finjan appealed. 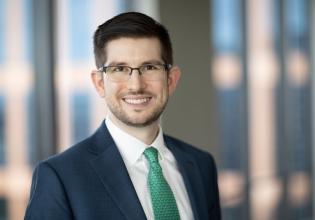 Blake A. Winn
Blake Winn focuses on intellectual property law with an emphasis on patent law, assisting clients in the chemical, pharmaceutical, and medical device fields...