Before Moore, Lourie, and Stark.  Appeal from the United States District Court for the Northern District of California.

Summary: Plausible allegations of an inventive concept in a complaint precludes a motion to dismiss for lack of patent eligibility because determining whether such a concept was well-understood, routine, or conventional was a question of fact that could not be resolved at the Rule 12(b)(6) stage.

Cooperative patented a system and method of structuring a peer-to-peer network for distributing large files and accused Kollective of infringement.  Kollective moved to dismiss under Rule 12(b)(6), alleging that all claims were ineligible under § 101.  Cooperative filed an amended complaint, which led Kollective to refile its motion to dismiss, which the district court granted.  On appeal, the Federal Circuit reversed the district court’s dismissal and remanded for further proceedings. 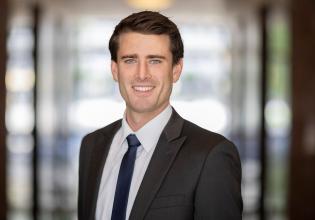 Spencer R. Carter
Spencer is an associate in the firm’s Orange County office. Spencer focuses his practice on patent prosecution. Spencer earned his B.S. in Electrical...