Before Reyna, Chen, and Hughes.  On appeal from the Trademark Trial and Appeal Board.

Summary:  Whether a party has satisfied the requirements to bring a petition for trademark cancellation under 15 U.S.C. §1064 is determined under the analytical framework established in Lexmark International, Inc. v. Static Control Components, Inc., 572 U.S. 118 (2014).

Corcamore moved to dismiss SFM’s petition for lack of standing under Rule 12(b)(6) of the Federal Rules of Civil Procedure.  The Trademark Trial and Appeal Board denied Corcamore’s motion, applying the standard in Empresa Cubana del Tabaco v. General Cigar Co., 753 F.3d 1270 (Fed. Cir. 2014).  The Board concluded that SFM sufficiently alleged a real interest in the cancellation proceeding and a reasonable belief of damage as required to bring an action under § 1064.  At the close of discovery, the Board entered a default judgment against Corcamore for litigation misconduct, cancelling the SPROUT trademark.

On appeal, the Federal Circuit held that the analytical framework established by the Supreme Court in Lexmark was the correct standard to apply for determining eligibility to bring a claim under § 1064.  The Federal Circuit noted that the Lexmark analytical framework applies to all statutory causes of action, including actions before the Board under § 1064.  Although the Board had declined to apply Lexmark, the Federal Circuit affirmed the determination of eligibility to bring the cancellation proceeding because the Board had appropriately addressed the Lexmark zone-of-interest and proximate-causation requirements and ultimately reached the correct outcome.  The Federal Circuit additionally affirmed the default judgment canceling the trademark, holding the Board did not abuse its discretion. 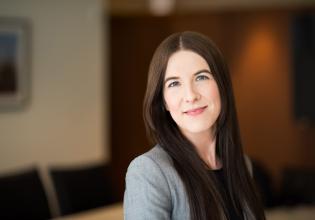