Lack of Specificity in the Specification Creates Patent Eligibility Issues

Before Taranto, Wallach, and Stoll.  Appeal from U.S. District Court for the District of Delaware.

Summary:  A patentee’s reference to existing known methods and techniques in a specification, without providing technical details or unexpected results, may present patentable subject matter vulnerabilities during litigation.

Universal Secure Registry LLC (“USR”) filed suit against Apple and Visa alleging infringement of all claims of 4 USR patents. In response, Apple and Visa alleged that the claims should be dismissed based on Section 101. USR’s 4 patents at issue are directed to securing electronic payment transactions. The district court found that all of the patents consisted of patent ineligible subject matter.  USR appealed to the Federal Circuit.  In analyzing the Alice 2-step inquiry for each patent, the Federal Circuit concluded that each of the patents at issue failed both steps.

In its analysis, the Federal Circuit cited a line of cases involving authentication technology, and the Court noted that regarding user authentication, “patent eligibility often turns on whether the claims provide sufficient specificity to constitute an improvement to computer functionality itself.” The Court stated that generic combinations of known techniques with expected additive increases in functionality were generally insufficient to overcome Alice-based arguments.

According to the Court, USR’s first patent at issue had claims “directed to a method for enabling a transaction between a user and a merchant,” and thus failed Alice step 1.  As for step 2, the Court found that the specification acknowledged that the key step of generating time-varying codes for authentication is “conventional and long-standing” – with the patent citing use of commercially available authentication cards from security vendors that utilize a similar authentication scheme.

USR’s second patent had similar deficiencies. The Court found that the invention was directed to the abstract idea of collecting and examining data to authenticate the user’s identity, and that the claims were a collection of “conventional actions in a generic way.” The Court determined that there was no inventive concept sufficient to satisfy Alice step 2, since the patent merely suggested the combination of known security techniques that did not achieve more than the expected sum of the security provided by each technique.  The specification similarly cited known security techniques such as commercially available authentication cards and bar codes found on checks.

Likewise, USR’s third and fourth patents were found to be directed to the abstract idea of “multi-factor authentication of a user’s identity using two devices to enable a transaction.” For both patents, the Court reasoned that the claims “lacked specificity” in providing a technical solution to existing authentication or security applications. For one of the patents, the Court reasoned that the lack of a “description of a specific technical solution by which the biometric information is generated, or by which the authentication information is transmitted,” was sufficient to render the claims abstract under Alice.  For the other patent, the claims were likewise abstract for failing to disclose specific technical improvements, and because “the claimed invention merely combines conventional authentication techniques… to achieve an expected cumulative higher degree of authentication integrity.” 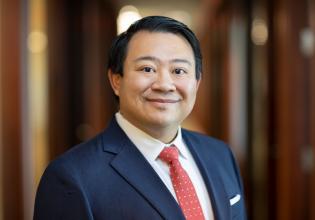