Before Dyk, Taranto, and Stoll.  Appeal from the United States District Court for the Northern District of Illinois.

Summary: Failure to provide advance notice under Federal Rule of Civil Procedure 65(a) leads to vacating of preliminary injunction.

ABC Corporation (“ABC”) asserted four design patents against several business entities selling hoverboards online.  ABC identified the defendants through a Schedule A  (which changed over time) attached to the original and amended complaints.  On November 24, 2020, the district court entered a preliminary injunction against the then named defendants which included Gyroor-US who had not yet been served with process.  On May 24, 2020, the district court granted ABC’s motion to amend the Schedule A to add GaodeshangUS, Fengchi-US, and Urbanmax as defendants bound by the preliminary injunction.  Neither entity had been served with process nor received a Rule 65(a) notice. These entities (collectively, “Defendants”) sought relief from the preliminary injunction, citing inadequate notice under Rule 65(a).  The District Court denied relief and the Defendants appealed. 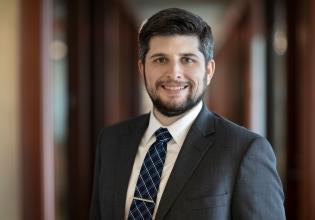