“But It’s a Photo of Me!”-Celebrities Face Legal Action for Unauthorized Use of Images on Social Media

In October 2019, professional photographer Michele Eve Sandberg filed a complaint against musical trio Jonas Brothers (both as an entity and as individuals) for unauthorized use of photos Sandberg snapped of the band during their “Happiness Begins” tour.[1] Sandberg registered her photos in the U.S. Copyright Office. The Jonas Brothers used Sandberg’s photos on their tour marketing websites and social media platforms,[2] but did not obtain a license to use them.[3] Sandberg alleges copyright infringement in her complaint, claiming the Jonas Brothers copied her work without permission and profited from it.[4] She seeks both monetary damages and an injunction to stop the use of her photographs without her consent.[5]

If recent headlines are any indication, the “JoBros” are not the only celebrities facing legal trouble for the unauthorized use of images. Justin Bieber was sued by photographer Robert Barbera for posting one of Barbera’s copyrighted photos of the singer to his personal Instagram page days before the Jonas Brothers suit.[6] Like the Jonas Brothers, Bieber failed to obtain a license to the photo of himself before making the post, which has now been ‘liked’ almost 4 million times.[7]

Model and socialite Gigi Hadid was sued in September 2019 for copyright infringement related to a photo she posted of former boyfriend and musician Zayn Malik.[8] Ariana Grande, Kim Kardashian, and Odell Beckham Jr. are a small handful of other high profile celebrities accused of using images of themselves or their significant others on social media that have been registered in the Copyright Office without obtaining a license or consent from the photographer. Grande, Kardashian, and others have been subject to multiple suits from the same photographers on different occasions for this type of conduct.[9]

Given the nature of these lawsuits and their tendency to settle privately, substantive case law on this recent “celebrity repost” phenomenon is sparse. The social media landscape moves quickly, photos go viral, and in the absence of watermarks or other clear indicia, it can often be difficult to find the original source of a photo shared many times over. Complicating matters further, many states, including California, have rights of publicity statutes intended to give individuals some control over the use of their name, image, and likeness. While copyright protection is a right granted at the federal level, rights of publicity exist only at the state level. This gives rise to the issue of preemption, or which law controls. With respect to the Copyright Act and the right of publicity, the analysis may not be simple. In Dryer v. The National Football League, three*[14] former NFL players sued the league over its use of game footage of the athletes in various movies created by NFL Films.[15] The players claimed that the NFL Films movies violated their state right of publicity. The Eighth Circuit Court of Appeals applied a two step test to answer the question of whether the federal copyright law preempted the state right of publicity claim, and found that it did. [16]

Social media managers, celebrities, and individuals alike should exercise caution before posting photos online for which they do not own the copyright rights. Often, a simple source attribution, or a small licensing fee, can save months of legal trouble later. While many disagree with the public policy or reasoning prohibiting celebrities from re-sharing photos of themselves, current U.S. copyright law does not make any such exception. When in doubt, people posting online content should contact a qualified intellectual property attorney to help determine potential copyright claims by others, and to secure appropriate consents and licenses.

[14] The suit originally involved 23 plaintiffs, 20 of whom accepted a settlement. 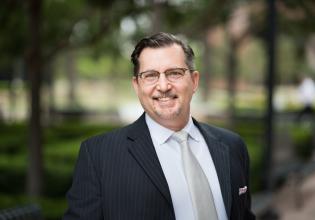