Before Moore, Bryson, and Chen.  Appeal from the Patent Trial and Appeal Board.

Summary: Title-searchable publications shared on a prominent standards-setting organization’s website are printed publications. Board committed procedural error by adopting a theory of anticipation that could not be reconciled with petitioner’s theory of obviousness.

Samsung requested inter partes review of M&K’s patent related to compressing video files. Samsung’s petition relied upon references “WD4-v3,” “Park,” and “Zhou,” which were generated in connection with the work of a joint task force (“JCT-VC”) of representatives from technology companies, universities, and research institutions who establish industry standards for high-efficiency video coding.  Rather than challenge the substance of Samsung’s petition, M&K argued that these references were not printed publications under 35 U.S.C. § 102 for lack of public accessibility.  The Board disagreed, finding that JCT-VC was a prominent organization, the references were discussed at JCT-VC meetings, and they were posted on the organization’s public website before the priority date of the challenged patent.  Consequently, the Board found all challenged claims unpatentable, including a finding that claim 3 was anticipated by WD4-v3 despite Samsung only asserting that claim 3 was obvious.

The Federal Circuit affirmed the Board’s findings regarding public accessibility of the references, but vacated the determination that claim 3 was anticipated.  Regarding public accessibility, M&K only disputed whether the references could have been located by exercising reasonable diligence.  The Federal Circuit, however, noted a wealth of evidence in the Board’s opinion on this topic, such as the discussion of the references at conferences, the prominent status of JCT-VC, word of mouth knowledge of the JCT-VC website, and title-search functionality for locating references on this website.  While M&K made much of the website’s landing page lacking search functionality or even an indication of a document repository, the Federal Circuit rejected these arguments in concluding that the dispositive question was whether a user of the website could have located the references through reasonable diligence.  The Federal Circuit held that the Board committed procedural error concerning anticipation of claim 3.  Samsung only asserted that  claim 3 was obvious over WD4-v3, Park, and Zhou—not anticipation by WD4-v3 as the Board found—and Samsung expressly stated that WD4-v3 did not disclose one of the limitations.  Thus, M&K was not on notice that the Board might adopt an anticipatory theory of unpatentability for claim 3 and the Federal Circuit vacated and remanded for further analysis. 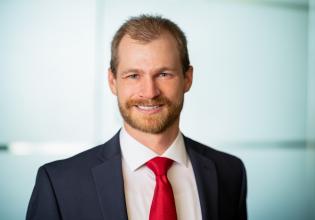 Benjamin L. Van Adrichem
Ben grew up on a poultry farm where he started working with machines at a young age. This exposure quickly sprouted into an interest in how things worked and...