Disclaimers May Not Be Used to Shapeshift Claims

Before Dyk, Taranto, and Stark. Appeal from Patent Trial and Appeal Board.

Trend Micro filed IPR petitions on three CUPP patents related to addressing malicious attacks aimed at mobile devices. During the IPR proceedings, CUPP disclaimed embodiments that did not include a “security system processor” that was remote from a mobile device. CUPP then argued that Trend Micro’s prior art reference did not disclose a “security system processor.”  The PTAB rejected CUPP’s attempt to narrow the claims through disclaimer and held that the challenged claims were obvious. CUPP appealed.

On appeal, the Federal Circuit affirmed the Board’s decision to ignore CUPP’s disavowal. The Federal Circuit explained that allowing a patentee to tailor challenged claims through disclaimer during IPR proceedings would “substantially undermine the IPR process.” The Court noted that Congress designed IPR proceedings to allow the Patent Office to “revisit and revise earlier patent grants.” Allowing patentees to disclaim subject matter would instead force the Patent Office to “focus on claims the patentee now wishes it had secured.” Furthermore, the Federal Circuit explained that Congress created a specialized process for patentees to amend their claims in an IPR, and that the amendment process includes safeguards that would be circumvented with a disclaimer. As an example, the Court explained that the amendment process gives “accused infringers ‘intervening rights’ protection for substantively amended claims, ensuring that such claims have only prospective effect.” Additionally, since IPR petitioners can only challenge claims under § 102 or § 103, accepting disclaimers would allow patentees to modify their claims free of scrutiny for compliance with § 101 requirements. Thus, the Federal Circuit held that disclaimers in IPR proceedings “are not binding in the proceeding in which they are made.” However, the Court emphasized that a disclaimer by the patentee during an IPR is binding in later proceedings. 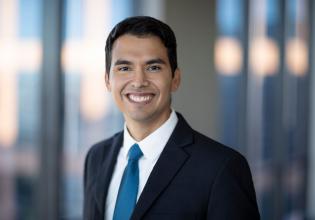 Nefi R. Oliva
Nefi Oliva is committed to helping his clients protect and enforce their intellectual property rights. He has experience working on mechanical, chemical, and...