Be Careful What You Agree To: Incorporated Rules Clearly and Unmistakably Delegate Determining Arbitrability

Before Lourie, O’Malley, and Chen.  Appeal from the U.S. District Court for the Northern District of California.

Summary:  An arbitration agreement, which incorporated the California Code of Civil Procedure by reference, delegated determining arbitrability and supported dismissal of a district court action.

The Federal Circuit affirmed the dismissal, finding that the parties had agreed to arbitrate the question of whether the present dispute was subject to arbitration.  Under First Options of Chicago, Inc. v. Kaplan, “[c]ourts should not assume that the parties agreed to arbitrate arbitrability unless there is ‘clea[r] and unmistakabl[e]’ evidence that they did so.”  514 U.S. 938, 944 (1995).  The Federal Circuit found that the CCP, incorporated into the arbitration agreement, unambiguously compelled the conclusion that the issue of arbitrability itself must be arbitrated.  Rohm USA argued that the CCCP is ambiguous because it contains two provisions:  § 1297.161, which states that an arbitrator “may rule on its own jurisdiction” in an international commercial arbitration; and § 1281.2, which states that “the court shall order the petitioner and the respondent to arbitrate the controversy if it determines that an agreement to arbitrate the controversy exists.”  The Federal Circuit held that the CCCP is not ambiguous because § 1297.161, which Rohm USA alleged is contradicted by § 1281.2, expressly supersedes § 1281.2 with respect to international commercial arbitrations.  Further, the Federal Circuit found that this case is fundamentally an international dispute between MaxPower, a California corporation, and Rohm Japan, a Japanese company.  The Federal Circuit also held that the phrase “[t]he arbitral tribunal may rule on its own jurisdiction” is mandatory, in part, by comparing § 1297.161 to language in the United Nations Commission on International Trade Law’s similar provision, which courts have held to be mandatory.  The Federal Circuit distinguished a Third Circuit case wherein arbitration rules incorporated by reference were held to not clearly and unmistakably delegate arbitrability due to requiring a “daisy-chain of cross-references from the contract to the [arbitration organization] to the [arbitration organization’s] fifty-plus sets of rules” to reach the alleged delegation.  The Federal Circuit found that there is no such “daisy-chain of cross-references” here. 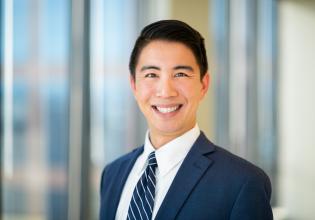