The Battle of Brooklyn: Lack of Concrete Injury and Prior Collaboration Doom TTAB Actions

Before Judges Dyk, O’Malley, and Hughes. Appeal from the Trademark Trial and Appeal Board.

Summary: A challenger must demonstrate an injury in fact to have standing to appeal a TTAB decision; prior collaboration supports laches and acquiescence defenses.

The Federal Circuit first considered whether Brewery had standing to appeal the TTAB’s dismissal of the opposition as to sanitizing preparations. The court explained a challenger must demonstrate a concrete and particularized risk of interference with the rights that flow to it from registration of its own mark, or some other Article III injury. Merely showing that the registrant competes with the challenger and that the registrant would receive a benefit from the unlawful mark is not enough to establish standing to appeal a TTAB decision. Because Brewery does not distribute sanitizing preparations or have any definitive plans to do so, the Federal Circuit held Brewery has no standing to challenge the TTAB’s decision regarding BBS’s mark for sanitizing preparations.

On the merits, the Federal Circuit first affirmed the TTAB’s determination that laches was available as a defense in view of Brewery’s more than four-year delay and its active representation that it would not assert any claim against BBS’s use of the mark. The court then affirmed the TTAB’s finding that there was no inevitable confusion between BBS’s and Brewery’s marks that would otherwise bar an equitable defense based on the public’s interest, because neither the goods nor marks were nearly identical. Thus, the Federal Circuit affirmed the dismissal of Brewery’s likelihood of confusion claim against both of BBS’s marks. The court also affirmed the Board’s rejection of Brewery’s mere descriptiveness claim against BBS’s registered mark as supported by substantial evidence, and the geographic descriptiveness claim as improperly raised. The court, however, noted the TTAB did not make sufficient factual findings on whether BBS met its burden to establish that the applied-for mark had acquired distinctiveness, and remanded for further proceedings. 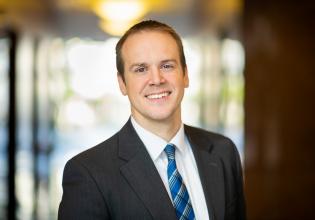