Timbits® in California - Real or Fake?

Attorneys Harnik Shukla and Julie Vo authored, "Timbits® in California - Real or Fake?" which was published on the Maple Business Council website.

Excerpt: "The question remains, what actions could foreign brand owners take to prevent a hypothetical bad actor from poaching its brand reputation in the U.S.? Companies seeking to protect its marks should consider filing for and obtaining trademark registrations as early as possible—especially in countries of interest. Registration creates a presumption of ownership and exclusive rights to the mark, including the ability to legally prevent others from using the same or similar trademark for related goods or services."

But what if Tim Hortons planned to keep TIMBITS a Canadian secret by not launching in the United States, and a third-party began selling TIMBITS-branded donut holes in California (where even today there are no Tim Hortons locations)? You may ask yourself if this trademark scenario is even possible, and if so, what if anything could Tim Hortons do about it?

The Coca-Cola Company (“Coca-Cola”) found itself in this intriguing predicament in the U.S. with its two soda brands originating from India. The case is Meenaxi Enterprise, Inc. v. Coca-Cola Company, 38 F.4th 1067 (Fed. Cir. 2022).

Parle introduced Limca lemon-lime soda in India in 1971 and Thums Up cola in 1977. If you have never tasted Thums Up cola, consider looking up a YouTube clip of Julia Roberts trying it in the movie, Eat Pray Love. Coca-Cola purchased Parle in 1993 and acquired Parle’s Indian registrations of the THUMS UP and LIMCA marks. Since then, Coca-Cola has distributed Thums Up cola and Limca lemon-lime soda in India and other foreign markets and obtained registrations for both marks in those countries. However, despite the popularity of the drinks in India and other countries across Asia and Africa, Coca-Cola only featured the Thums Up cola and Limca soft drink at its World of Coca-Cola location in the U.S.

Meenaxi has distributed Thums Up cola and Limca lemon-lime soda in the U.S. to Indian-American consumers since 2008 and registered the marks THUMS UP and LIMCA in connection with soft drinks (among other goods) in the U.S. in 2012. Further, Meenaxi adopted logos strongly resembling Coca-Cola’s THUMS UP logo until Coca-Cola objected.

Coca-Cola sought to cancel these registrations in 2016 on the basis that Meenaxi was using the THUMS UP and LIMCA marks to misrepresent the source of its goods. The Trademark Trial and Appeal Board (“Board”) ultimately sided with Coca-Cola and found that “Meenaxi was attempting ‘to dupe consumers in the United States who were familiar with [Coca-Cola's] THUMS UP cola from India into believing that [Meenaxi's] THUMS UP cola was the same drink,’ and that these efforts to deceive satisfied the misrepresentation of source claim.” Meenaxi appealed and the Appeals Court rejected Coca-Cola’s arguments. The Appeals Court held that Coca-Cola failed to show that it suffered lost sales or reputational injury in the U.S. as required by the Trademark Act, based on Meenaxi’s actions. The Appeals Court found that the limited sales of Coca Cola’s Indian beverages by third parties in the U.S. and Coca-Cola’s assertion that Americans of Indian descent would be aware of the marks’ well known reputation in India, without any consumer survey evidence, was insufficient to prove reputation of the marks in the U.S.

For years, PepsiCo has sold corn-based snacks using the TORTRIX mark in Central and South America and owns TORTRIX trademark registrations in a number of countries. On September 10, 2020, Arriera applied for U.S. trademark protection based on its intent to use TORTRIX for “corn-based snack foods.” PepsiCo filed an opposition to the registration of the mark asserting, among other claims, misrepresentation of source. PepsiCo alleged that Arriera is improperly importing, distributing, and/or selling PepsiCo’s TORTRIX snacks in U.S., or intends to do so and that Arriera intends to make or is making, blatant misuse of the TORTRIX mark to deceive U.S. consumers, and to trade on the goodwill and reputation of PepsiCo’s TORTRIX mark in the U.S. PepsiCo further argued that because of its “use and registration of TORTRIX in Central and South America, consumers have come to know, rely on, and recognize [PepsiCo’s] goods by the mark TORTRIX, not just in Central and South America, but in the United States as well.”

The Board found that PepsiCo failed to support its claim that Arriera is using its mark in commerce or has engaged in conduct that amounts to deliberately passing off its goods as those of PepsiCo. The Board reasoned that PepsiCo’s allegations against Arriera’s conduct were “merely speculative” (e.g., Applicant “intends to use, and/or is using” and the mark “is being or will be used by” Applicant) and that PepsiCo had not pleaded any facts to support how its use of TORTRIX mark in Central and South America resulted in the mark having reputation among consumers in the U.S. Thus, the Board granted Arriera’s request and dismissed PepsiCo’s misrepresentation of source claim.

These cases highlight an interesting trademark law scenario that often occurs when a third-party attempts to use and register foreign marks from well-known companies, in the U.S. Coca-Cola and PepsiCo’s failure to obtain U.S. registrations for their foreign marks allowed competitors to poach its marks. Despite having neither use nor registrations for the marks in the U.S., both companies asserted claims of misrepresentation of source for marks they owned and used in other countries. Ultimately, both Coca-Cola and PepsiCo did not show either economic or reputational harm in the U.S. based on the actions of the third parties. It’s difficult to conceive that anyone with Canadian origins living anywhere in the world would not associate Timbits with Tim Hortons. However, Coca Cola’s reliance on this strong association of the Indian diaspora living in the U.S. was not enough for the Appeals Court.

The question remains, what actions could foreign brand owners take to prevent a hypothetical bad actor from poaching its brand reputation in the U.S.? Companies seeking to protect its marks should consider filing for and obtaining trademark registrations as early as possible—especially in countries of interest. Registration creates a presumption of ownership and exclusive rights to the mark, including the ability to legally prevent others from using the same or similar trademark for related goods or services. Rest assured, Tim Hortons has applied for and obtained trademark registrations for TIMBITS worldwide.  In 1981, TIMBITS donut holes were introduced in the U.S. and Tim Hortons received U.S. trademark protection for TIMBITS in 1996. 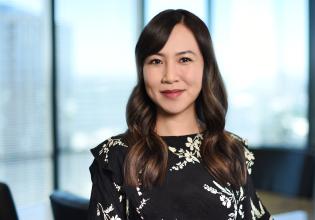 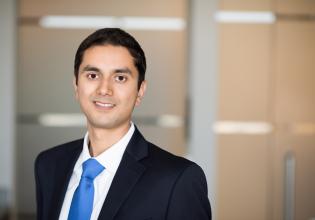