Knobbe Martens is pleased to announce that it has obtained a significant trial defense victory for the firm’s longtime client Infantino in an International Trade Commission (ITC) Investigation over alleged patent infringement.  In the Investigation’s Initial Determination, the ITC Administrative Law Judge found that Infantino’s accused products do not infringe the asserted patent, that the patent is invalid as anticipated and obvious, and that the patent is unenforceable due to inequitable conduct.  In response to that overwhelming victory for Infantino, the patent owner LILLEbaby waived its right to petition the Commission for review of that Determination, waived its right to appeal the Determination to the Federal Circuit, and voluntarily dismissed its parallel district court case against Infantino.

The ruling came one year after LILLEbaby, Infantino’s rival, asked the ITC to initiate an investigation seeking to halt the importation into the United States of child carriers from Infantino and more than 20 other manufacturers named as respondents.  LILLEbaby alleged that Infantino and others were violating Section 337 of the Tariff Act due to alleged infringement of two LILLEbaby patents. Most of the other respondents quickly settled, but Infantino was confident in its defenses and went to trial in December 2019.  Shortly before trial began, LILLEbaby withdrew one of its two patents in response to invalidating prior art identified by Infantino.

In the Determination, issued March 10, 2020 and made public April 7, 2020, Administrative Law Judge Clark S. Cheney found no violation of Section 337 based on any of Infantino’s five child carriers that LILLEbaby accused of infringement.  The Judge ruled for Infantino on three separate bases for non-infringement.  The Judge further found that LILLEbaby’s asserted patent claim is invalid as anticipated and obvious. The Judge further found the patent unenforceable due to inequitable conduct based on the patent applicant and her husband having signed inventorship declarations that falsely named him has an inventor, motivated by their mistaken belief that his American citizenship would strengthen the resulting patent.

“This victory is important not only for our client Infantino, which has been a market leader for more than 40 years, but for product innovators across industry. It demonstrates that companies can effectively defend themselves in the speedy ITC process and not be forced to settle prematurely,” said Craig S. Summers, the Knobbe Martens partner who led Infantino’s trial team. The other members of the Knobbe team behind the win include partners David G. Jankowski and Alan G. Laquer, and associates Brandon G. Smith and Adam R. Aquino.

In finding for Infantino, the Judge relied on the Knobbe team having repeatedly impeached the patent owner’s technical expert at trial.  The decision also relied on a “dramatic” in-court demonstration by Infantino’s Chief Financial Officer that was found to be a “direct contradiction of a fundamental premise” of that expert’s infringement opinion. Additionally, the Determination made a rare finding of near-simultaneous invention as a secondary consideration of obviousness.

Knobbe and Infantino are both very pleased by the outcome, and their work together in the litigation.  The ITC matter is Investigation No. 337-TA-1154, Certain Child Carriers and Components Thereof. 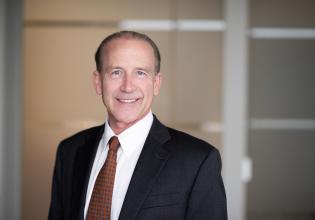 Craig S. Summers
Craig Summers is a dedicated, life-long IP attorney with over 35 years of experience and the praise of his peers as “an outstanding litigator.” His practice...