Voluntary Dismissal With Prejudice Does Not Preclude Attorney’s Fees

Before Taranto, Clevenger, and Hughes.  Appeal from the United States District Court for the District of Oregon.

Summary: A voluntary dismissal with prejudice under Rule 41(a) does not preclude consideration of attorney’s fees under Rule 54(d).

Keith Manufacturing filed a lawsuit against its former employee, Larry Butterfield, relating to a patent Mr. Butterfield had obtained. After litigating for eighteen months, the parties filed a stipulation of dismissal with prejudice pursuant to Rule 41(a). Thereafter, Mr. Butterfield moved for attorney’s fees under Rule 54(d). The district court denied the motion. It reasoned that, under the Supreme Court’s decision in Microsoft Corp. v. Baker, 137 S. Ct. 1702 (2017), a voluntary dismissal with prejudice is not a “judgment” as required to obtain attorney’s fees under Rule 54(d). Mr. Butterfield appealed.

The Federal Circuit reversed and remanded for further proceedings. It held that Microsoft does not apply when determining whether a stipulated dismissal with prejudice constitutes a “judgment” under Rule 54. The court noted that Microsoft involved a “final decision” under 28 U.S.C. § 1291, rather than a “judgment” under Rule 54, and that the two terms are not equivalent. The Federal Circuit also reasoned that its inquiry into Rule 54 did not raise the policy concerns at issue in Microsoft, which involved the potential that a class-action plaintiff would use voluntary dismissals with prejudice to stop and start district court proceedings with repeated interlocutory appeals. 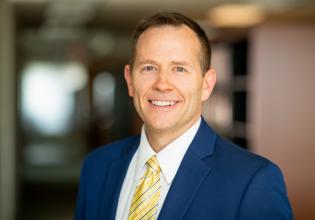