Unforced Error: An IPR Challenger Cannot Rely on an Error That a Posita Would Have Corrected

Before Stoll, Cunningham, and Newman, Appeal from the United States Patent and Trademark Office, Patent Trial and Appeal Board.

Summary: Where a reference contains an “obvious” error in a disclosure, even if not immediately apparent on the face of the disclosure, the erroneous information may not support a finding of obviousness.

LG Electronics (“LG”) filed an IPR against two of Immervision’s patents. LG argued that a reference contained an embodiment of a panoramic objective lens having image point distribution functions claimed in the challenged claims. When attempting to recreate the embodiment, Immervisions’s expert was unable to create a lens that matched the embodiment.  He later determined that a transcription error occurred between the priority application and the published patent such that the aspherical coefficients of the table relied upon by LG’s expert were meant for a different embodiment.  The Board determined that this transcription error was the type of obvious error that a POSITA would have recognized and corrected.  Because, when the correct coefficients were used, the embodiment did not satisfy the language of the challenged claims, the Board found LG had not met its burden of proving obviousness.

On appeal, the Federal Circuit asked whether substantial evidence supported the Board’s fact finding that the error would have been apparent to a POSITA such that the person would have corrected the error or disregarded the disclosure. The Federal Circuit found that the aspherical coefficients’ (1) differing values between the patent and the priority application, (2) differing values between the embodiment table and the table encompassing embodiments into the entire lens system, and (3) identical values for two substantially different embodiments within the relied upon reference would have indicated an obvious error to a POSITA. With the correct information substituted in, the Federal Circuit found substantial evidence for the Board’s determination that the reference did not disclose the claimed image distribution. The Federal Circuit found LG’s arguments that (1) the error would have taken too long to find by a POSITA and (2) the error here differed from previous cases as a transcription error rather than a typographical one unpersuasive, as the obviousness of the error is determined by more than the time to discover the error or the nature of the error.

Judge Newman dissented, arguing that the error would not have been obvious to a POSITA given the effort in finding the error by Immervision’s expert, the lack of detection of the error at any point during examination or in the 20 years since publication, and the error being non-typographical in nature. 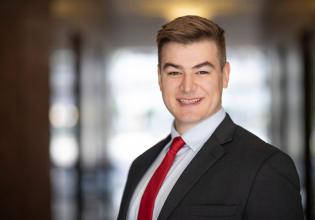