Before Hughes, Linn, and Stoll.  Appeal from the Patent Trial and Appeal Board.

Summary: Expert testimony was properly discounted when substantial evidence supported the Board’s finding that a POSA would have possessed experience that the expert was missing;  there is no standing to appeal a claim’s unpatentability determination from an IPR when the claim is finally canceled during parallel ex parte re-examination prior to appealing the IPR determination.

Elekta filed petitions for inter partes review challenging four claims of Best Medical International’s (“BMI”) patent directed towards the radiation therapy of tumors by computing an optimal radiation beam arrangement. Review was instituted and ex parte reexamination of two challenged claims (1 and 18) was also underway in a parallel proceeding. During re-examination, BMI canceled claim 1 in response to a rejection.  In the IPR, however, the Board proceeded to analyze claim 1 reasoning that it had not yet been statutorily disclaimed or canceled by any final action in the re-examination.  Ultimately, the Board concluded in the IPR that challenged claims 1, 43, 44, and 46 would have been obviousness. In reaching this conclusion, the Board found that a person of ordinary skill in the art (“POSA”) would have had formal computer programming experience.  Because BMI’s expert did not have this experience, the Board discounted BMI’s expert testimony in its obviousness analysis.

On appeal from the IPR decision, the Federal Circuit affirmed the Board’s determination that claims 43, 44, and 46 would have been obvious. The Federal Circuit observed that the parties provided little evidence relating to factors that may guide the Board to the appropriate level of skill in the art.  Despite competing expert testimony regarding a POSA’s training, the Federal Circuit held that it was not unreasonable or lacking in substantial evidence for the Board to conclude that a POSA would have had formal computer programming experience because the specification repeatedly referred to the invention being implemented on a computer and, though not discussed by the Board, an inventor’s deposition also supported the Board’s conclusion.  As for claim 1, BMI argued that its cancellation before the Board issued a final written decision, rendered the patentability question moot and denied the Board authority to analyze the claim.  Yet, BMI conceded during oral argument that claim 1 was only finally canceled when it failed to appeal the Examiner’s rejection of the claim, which occurred after the Board issued its final written decision and prior to the appeal of the Board’s IPR decision.  Thus, the Federal Circuit held it was proper for the Board to analyze claim 1 during the IPR under the Supreme Court’s decision in SAS Institute.  However, because of the timing of the final cancelation of claim 1, there was no case or controversy as to claim 1’s patentability at the time the IPR determination was appealed to the Federal Circuit and BMI therefore lacked standing to appeal the Board’s determination as to claim 1 and the Federal Circuit held it lacked jurisdiction over this part of BMI’s appeal. 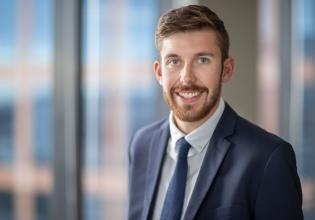 Kenneth McNeill
Ken practices intellectual property law with a focus on patent prosecution. He leverages his experience as a mechanical engineer to better understand his...