Before Lourie, O’Malley, and Chen.  Appeal from the United States District Court for the Central District of California.

Summary: The Federal Circuit affirmed a construction of “end plate” that required a flat external surface, and therefore precluded an infringement theory in which the “end plate” was an imaginary slice inside the accused product. 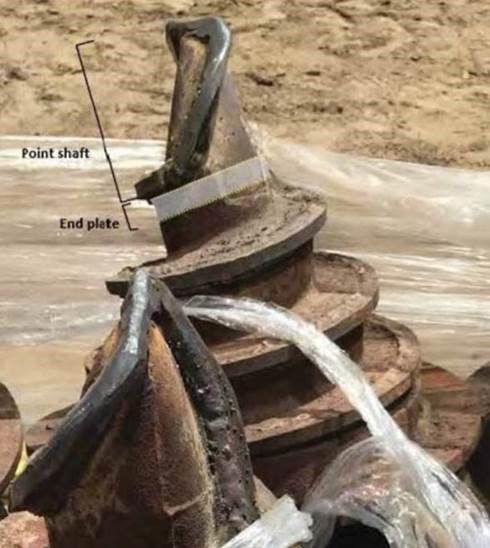 Substructure alleged that the highlighted region of the accused pile tip was an “end plate,” having two substantially flat surfaces—one facing the interior of the pile tip and another that interfaces with the point shaft.  The district court rejected this theory because it found that the plain meaning of “end plate having a substantially flat surface” did not encompass an interior surface within the pile tip.  Substructure appealed.

The Federal Circuit explained that the word “end” itself suggests that the relevant surface of the end plate is an external part of the pile tip.  The specification and prosecution history also supported the district court’s construction.  Thus, the Federal Circuit affirmed the grant of summary judgment.