Before Prost, Newman, and Stoll.  Appeal from the United States District Court for the Southern District of Florida.

Summary: Alleging that a contract issue implicates patent infringement may not be sufficient to invoke federal question jurisdiction.

Inspired Development sued Inspired Products Group, LLC, d/b/a KidsEmbrace, LLC (“KidsEmbrace”) for breach of contract and other related state law claims in federal district court on the basis of diversity jurisdiction.  The district court granted summary judgment in favor of KidsEmbrace and Inspired Development appealed to the U.S. Court of Appeals for the Eleventh Circuit, where it was determined that diversity jurisdiction did not exist.  On remand, the district court accepted the argument from KidsEmbrace that the state law breach of contract and equitable claims arise under federal patent law, and concluded that the suit invoked federal question jurisdiction.  The Eleventh Circuit transferred the case to the Federal Circuit to determine whether the parties’ claims arise under federal patent law.

After determining that none of the claims alleged a cause of action created by federal patent law, the Federal Circuit applied the four-part Gunn test to determine whether the claims nonetheless arise under federal law.  Gunn v. Minton, 568 U.S. 251 (2013).  Under Gunn, federal jurisdiction over a state law claim will lie if a federal issue is: (1) necessarily raised, (2) actually disputed, (3) substantial, and (4) capable of resolution in federal court without disrupting the federal-state balance approved by Congress.  While Inspired Development’s unjust enrichment claim potentially raised a question of patent law regarding infringement, the terms of the written contract required payment to Inspired Development regardless of whether any products were made or sold that practiced the patents.  The Federal Circuit determined that the patent infringement issue here is not dispositive of whether Inspired Development is entitled to relief, and that finding a federal question here merely because the contract at issue implicates a run-of-the-mill question of infringement or validity would undoubtedly impact the wider balance between state and federal courts.  The Federal Circuit found that none of the Gunn factors were met, and held that the district court lacked subject matter jurisdiction.  The case was vacated and remanded for dismissal. 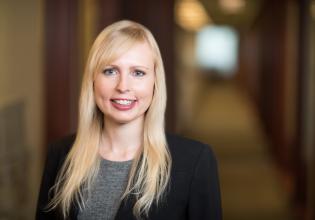 Janet M. Allendorph, Ph.D.
Janet Allendorph focuses on intellectual property law with an emphasis on patent law. She assists clients in the chemical and pharmaceutical fields with the...