Before Newman, Schall, and Wallach. Appeal from the United States District Court for the Northern District of Indiana.

Summary: A federal court properly exercises its discretion to abstain from deciding declaratory judgment claims when the parties’ dispute can better be settled in a pending state court proceeding.

Dr. Rick Sasso entered an agreement with Warsaw Orthopedic, Medtronic, and Medtronic Sofamor Danek (collectively, “Medtronic”) providing for quarterly royalty payments to Sasso based on Medtronic’s sales of medical devices covered by two U.S. patents.  Sasso sued Medtronic in Indiana state court for breach of contract, claiming that Medtronic was not paying royalties on sales of all covered devices.  Medtronic disagreed, stating that the devices in question were not covered by any valid claim of Sasso’s patents.  The state court held a jury trial and excluded the issue of patent validity, finding that it was not relevant under the contract.  The jury found for Sasso.  Medtronic appealed to the Indiana Court of Appeals.

Before the state court trial, Medtronic filed a complaint in federal district court seeking a declaration that it did not violate its royalty obligations.  After the state court entered judgment for Sasso, the district court dismissed Medtronic’s complaint without prejudice.  The district court applied the Wilton/Brillhart standard of abstention, articulated in Wilton v. Seven Falls Co., 515 U.S. 277, 286 (1995) and Brillhart v. Excess Insurance Co. of America, 316 U.S. 491 (1942).  Under this standard, district courts have significant discretion to dismiss or stay claims seeking declaratory relief.

The Federal Circuit held that the district court did not abuse its discretion in abstaining under the Wilton/Brillhart standard.  Federal courts are permitted to abstain from deciding declaratory judgment claims when the parties’ disputes can better be settled in a pending state court proceeding.  The Federal Circuit found the district court’s exercise of discretion to be reasonable, and therefore affirmed the dismissal. 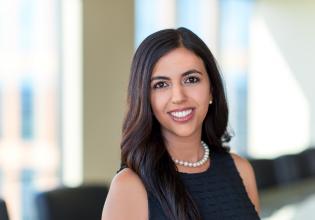 Bita Kianian
Bita Kianian is an associate in the firm’s Los Angeles office. She is a member of the firm’s trademark practice group and her practice focuses on trademark...