Before Lourie, Dyk, and Hughes.  Appeal from U.S. District Court for the District of Delaware.

Summary: Failure to vacate an adverse ruling regarding a lack of standing when settling a prior suit collaterally estopped the patentee in subsequent suits for lack of standing.

Uniloc sued Motorola in the U.S. District of Delaware for patent infringement.  The district court dismissed, holding that Uniloc lacked Article III standing because it had granted Fortress Credit Co. a license and right to sublicense the asserted patent, pursuant to a default under a revenue sharing agreement.  In a related case, Uniloc sued Blackboard Inc. for patent infringement of two other patents, both of which were subject to the same agreement between Uniloc and Fortress.  There, the district court dismissed for lack of standing, applying the Motorola decision as a matter of collateral estoppel.

On appeal, Motorola and Blackboard defended the district court’s decision by asserting that a decision in another Uniloc case against Apple established that Uniloc lacked standing as a matter of collateral estoppel.  In the Apple case, Uniloc asserted a patent that was subject to the same agreement with Fortress and the district court dismissed the Apple case for lack of standing, finding that: (1) Uniloc had granted Fortress a license and the right to sublicense; and (2) that Uniloc lacked exclusionary rights in the asserted patent, thereby depriving Uniloc of standing.  Uniloc appealed the Apple decision, but the parties reached a settlement agreement before the appeal was decided and the district court’s judgment was not vacated.

Against this backdrop, the Federal Circuit affirmed the dismissal of the Motorola and Blackboard cases for lack of standing.  The Federal Circuit rejected Uniloc’s argument that Motorola waived the defense of collateral estoppel at the district court, indicating that waiting for the Apple appeal to conclude before raising the issue did not constitute waiver.  The Federal Circuit also rejected the argument that because the Apple case incorrectly found a lack of standing, such an incorrect decision should prevent the application of collateral estoppel.  Thus, the Federal Circuit concluded that the Apple decision was a valid and final prior judgment precluding relitigation of the standing issue even though granting a license generally does not deprive a patentee of Article III standing. 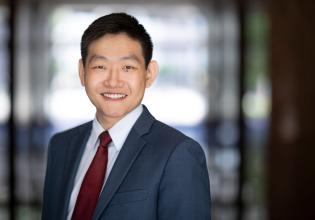 Raymond S. Lu
Raymond Lu is an associate in our Orange County office. Ray represents clients in a variety of intellectual property matters, including patent and trademark...