Before Newman, Stoll, and Stark. Appeal from the United States District Court for the Western District of Wisconsin.

Summary: An overwhelming amount of evidence in favor of summary judgment is not sufficient if the nonmoving party presents evidence on which a reasonable factfinder could rely.

On appeal, the Federal Circuit reversed. Reviewing de novo, the Federal Circuit concluded that a reasonable factfinder, taking the evidence in the light most favorable to Plastipak as the nonmoving party, could find Falzoni was not an inventor. For one limitation, there was some evidence of record that the named inventors could have conceived of their inventions independent of Falzoni’s 3D model. And with respect to the other limitation, the Federal Circuit found a genuine dispute of material fact as to whether Falzoni contributed anything other than what was already known in the prior art.

Thus, a reasonable fact finder could find that Falzoni did not meaningfully contribute to the patents and was not an inventor. The Federal Circuit reversed the District Court's grant of summary judgment in favor of Premium Waters and remanded. 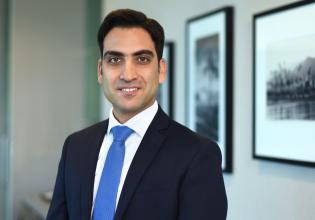