Before Lourie, Bryson, and Hughes

Summary: Expert testimony that steps of challenged patent claims were unconventional failed to preclude summary judgment of ineligibility where specification admitted the steps were conventional.

CareDx, Inc. (“CareDx”) sued Natera, Inc. and Eurofins Viracor, Inc. (collectively, “Defendants”) alleging infringement of claims directed at methods for detecting organ transplant rejection by measuring levels of the organ donor’s cell-free DNA in the recipient’s blood. Defendants moved for summary judgment, arguing that the asserted claims were patent ineligible under 35 U.S.C. § 101 because they were directed to the detection of natural phenomena using only conventional techniques.  In support of their motion, Defendants relied on portions of the specification that admitted that each step of the claimed methods were “well known” or “known in the art.”  In its opposition, CareDx relied on expert testimony that the steps were not conventional. The district court granted summary judgment, finding that CareDx had failed to create a genuine issue of fact. CareDx appealed.

The Federal Circuit explained that under the Alice/Mayo test, a claim is ineligible if it is directed to a natural law together with conventional steps to detect or quantify the manifestation of that law. The Federal Circuit held that the specification’s numerous admissions that each step of the claimed methods was “well known” or “known in the art” served as intrinsic evidence of ineligibility. CareDx could not rely on extrinsic evidence that plainly contradicted the intrinsic record to create a genuine issue of fact. The Federal Circuit therefore affirmed the district court’s judgment. 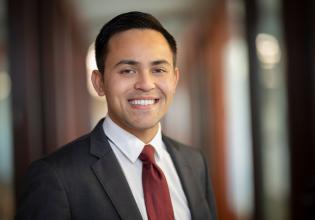 Steven N. Friedland
Steven is an Associate in the firm’s Orange County office, having joined in 2021. Steven’s practice focuses on patent and trademark litigation. After receiving...