Enjoining Speech and the Right to Allege Patent Infringement

Before Newman, O’Malley, and Taranto. Appeal from the U.S. District Court for the Eastern District of Michigan

Myco asserted that a principal of BlephEx, a competitor, made “loud accusations” of infringement within earshot of, and directly to, prospective Myco customers at a trade show.  Myco sought a declaratory judgment of no infringement and filed a motion for a preliminary injunction seeking to bar BlephEx from making “false” allegations of patent infringement and “baseless threats” against Myco’s medical-practitioner potential customers. The District Court granted Myco’s motion finding, in part, that Myco demonstrated a likelihood of success in asserting that 1) Myco did not indirectly infringe any asserted claims and 2) any customers of Myco who are medical practitioners are not liable pursuant to § 287(c)(1).

On appeal, the Federal Circuit reversed, vacated, and remanded, holding that the District Court failed to find that BlephEx’s allegations were made in bad faith. Under GP Indus. V. Eran Indus., 500 F.3d 1369, 1373 (Fed. Cir. 2007), a showing of bad faith is required before a patentee can be enjoined from communicating its patent rights.  The Federal Circuit also rejected Myco’s argument that threatening litigation against medical-practitioner customers is objectively in bad faith because they are immune from infringement under § 287(c). The Court noted that “medical practitioner immunity” does not blanketly preclude a patentee from communicating claims of infringement, rather, it limits a patentee’s ability to seek a remedy for the infringement. 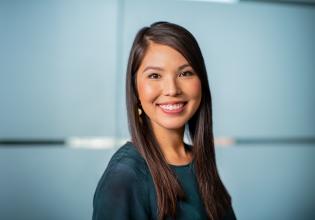