Before Lourie, Reyna, and Hughes.  Appeal from the Patent Trial and Appeal Board.

Summary: A party has standing to appeal an adverse IPR decision if it has concrete plans for future activity that creates a substantial risk of future infringement.

GE filed an IPR alleging that certain claims of a Raytheon patent are obvious. The Board issued a final written decision finding the challenged claims were not obvious. GE appealed.

Raytheon moved to dismiss the appeal for lack of standing. That motion centered on whether GE had alleged an injury in fact. Raytheon noted it had never sued or threatened to sue GE for infringing the challenged patent. GE submitted declarations stating that it conceived a geared turbofan engine that it expects Raytheon would accuse of infringing the challenged patent, that GE spent $10–12 million in 2019 developing that design, that GE prefers that design for a next-generation market segment, and that GE submitted that design to Airbus for the preliminary stage of a bidding process.

The Federal Circuit denied Raytheon’s motion to dismiss the appeal. It stated that when an appellant relies on potential infringement liability as a basis for injury in fact, but is not currently engaging in infringing activity, it must establish that it has concrete plans for future activity that creates a substantial risk of future infringement or would likely cause the patentee to assert a claim of infringement. Based on GE’s declarations, the Federal Circuit found GE alleged sufficient facts to establish that it is engaging in such activity, and therefore that GE has standing to bring its appeal.

Turning to the merits of GE’s appeal, the Federal Circuit found that the Board lacked substantial evidence for the factual conclusions underlying its nonobviousness determination. The Court therefore vacated the Board’s decision and remanded for further proceedings. 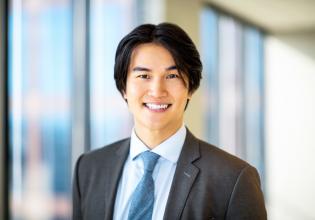 James Yang
James Yang is an associate in the firm's Orange County office, with a focus on litigation. James earned his J.D. from New York University School of Law in 2019...